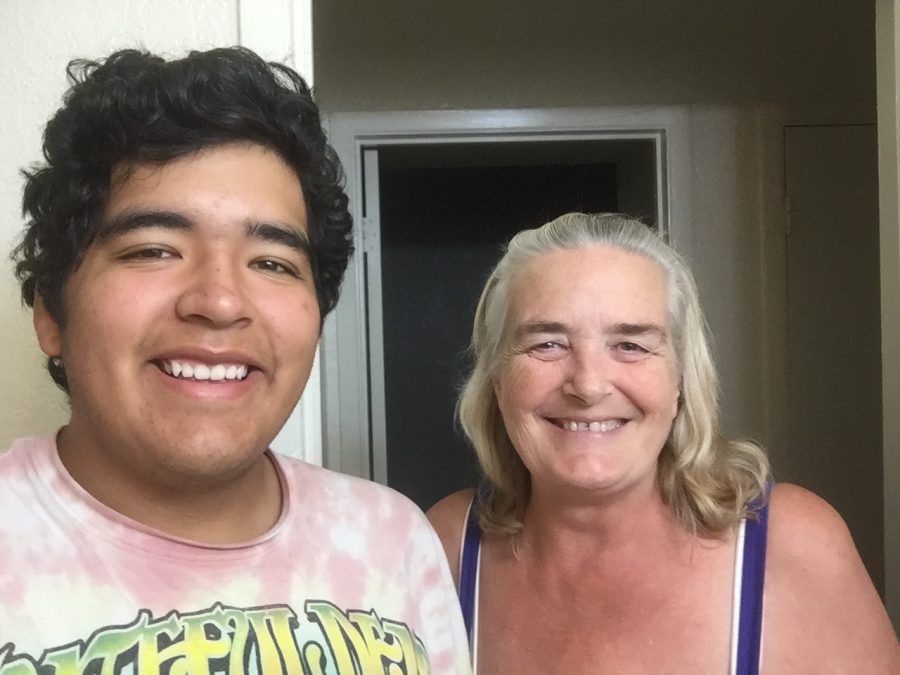 Richard Duran and His Mom

It’s a Hard Knock Life but the Durans Overcame Homelessness

Two weeks living in a car with his mom.  Another month and a half living in a homeless shelter,  Sahuaro senior Richard Duran has not had it easy.  When he was only in seventh grade, he called an old rusty Lincoln, home. The back two windows of the car were stuck shut, but the driver’s side window was able to go up and down and the passenger side window was stuck down.  The two and their dog were in Kansas and it was the start of Fall, so they had to deal with some cold nights. Richard did his best to help out by taking whatever food kids at school didn’t want and bringing it with him to share with his mom and dog.

They were supposed to move into a house in Liberal, Kansas, but there was a misunderstanding; they were talking to a husband who said they could move in, but the wife actually owned the home and already had someone else staying at the house. A couple of weeks after that, Richard’s mom got a job at a nursing home and then they moved into a homeless shelter. Richard hated it. “That place sucked even more.” The food there was “worse than school food”, which is hard to believe. After school, because he didn’t like the shelter, he would go walk around or go to the library and watch YouTube videos, or go to a McDonald’s and just hangout.  With nothing but $50 in her pocket, they decided to move to Tucson to live with Richard’s uncle.  They made it through the kindness of strangers.  “Someone would fill up our gas tank or give us food or $10.  I didn’t know you could go to a police station and ask for money.  A cop in Albuquerque paid for our gas out of his own wallet and then bought us dinner.  I thought that was pretty cool…that people are so generous,” Richard says about his tougher days.  “We always lived with other people.  We moved in with my uncle, then I moved in with a friend and started Sahuaro.  We are literally on our own now. It’s really nice.  It hasn’t been like that for a while.”

Richard works and chips in with paying the bills.  He’s thinking the military might be the best option after graduation.  That will be tough on his mom, but she wants the best for him.  “She’s my best friend,” Richard says with a smile.  “I talk to my mom about everything.  She knows literally everything about me.”  Things have definitely improved for the Duran family, but all the struggles have created an unbreakable mother-son bond.