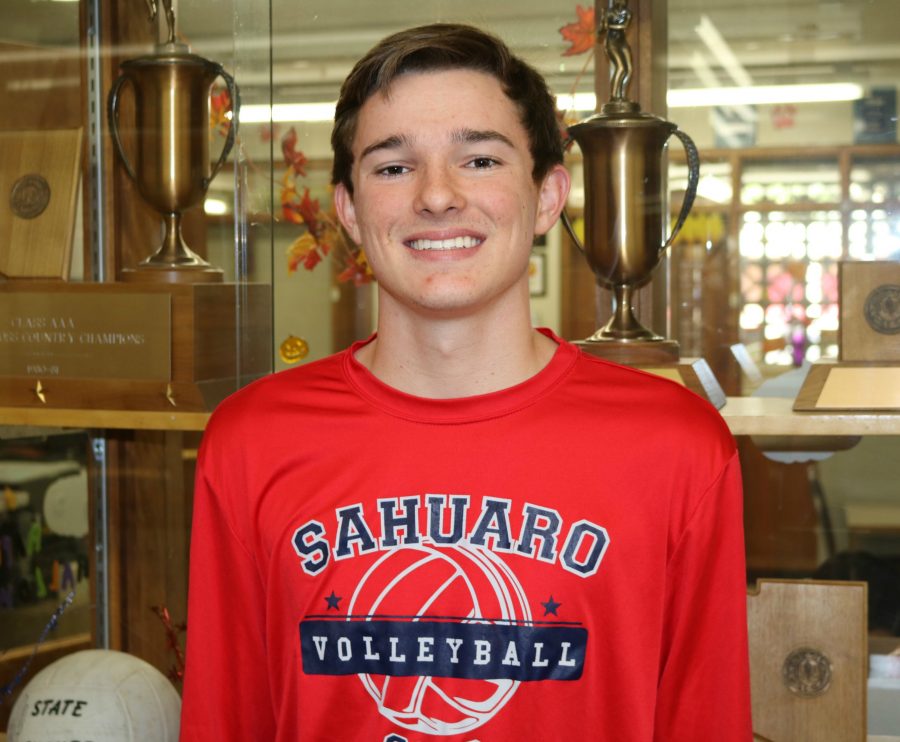 You know the type. Students who always ace the quiz. Who shine on the court or field. Who are involved in every activity. And who set the example in your school and community. The Wendy’s award is given out to the nation’s most esteemed high school scholar-athletes who value giving back to their communities, treating people with respect, continuing education, and excelling in athletics. The award is a chance to recognize the well-rounded senior men and women who learn, perform, and lead on a daily basis. Senior Brendan Gary has been recognized as one of those high-achieving seniors. Being selected, he’ll receive a Heisman Patch,an official winner’s certificate, and Gary will be recognized at the next TUSD Board meeting.  Participating and winning this recognition award will look great on his college and scholarship applications and resume.

Brendan first heard about the scholarship award from his basketball coach, Coach Henry, who recommended him to fill it out. In order to be eligible, Brendan had to maintain a GPA of 3.0 (B average) or better, which he was able to exceed with his 4.04 GPA. He also needed to be a proven leader and role model within his school and community.  Brendan’s mom passes away last year after a short battle with cancer.  “I’ve gone through something that teenagers shouldn’t go through, so I know how to deal with terrible situations better than others,” says Brendan.  He tries to be a good role model and is ready to offer his help to anyone in need, hoping everyone follows the good examples he demonstrates. “Me and my brother, Devin, do everything in respect and honor of her.  Ever since we were young, we were taught to work hard so that everything else will come easy.”

To qualify, Brendan must also be able to perform in at least one of the 43 school-sponsored sports recognized by the International Olympic Committee or the National Federation of State High School Associations – he plays not only one recognized sport but two.  For Sahuaro, he plays on the Varsity Volleyball team as middle hitter and middle blocker, and for Varsity Basketball he is adept enough to play several positions, but he also takes time to play basketball with the Amateur Athletic Union, (a club and travel basketball team which plays all over the country in front of college coaches)  a multi-sport organization that promotes the development and improvement of sports and physical fitness programs. So far, Brendan has been accepted to NAU and U of A.  Beloit College in Wisconsin also has accepted him and would like Gary on their basketball team.  “Hard work outshines laziness,” Brandon states.