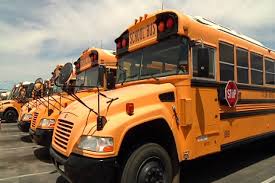 On Friday, February 11, the Speech and Debate Team got robbed. The team (Halley Hughes, Winta Tekle, Vivian Wood, Marixa Zazueta-Switzer, Pearson Brown, Yusuf Rahman, Logan Smith, and Mason Carr) on a trip to Central High School in Phoenix for a competition. While the competition had gone pretty well, the time spent after wasn’t very fun.

The team, sponsored by Mrs. Hughes, had stopped for dinner at a local IHOP Friday night after debating the entire day. However, the neighborhood they had stopped in wasn’t a very safe area, and their bus was robbed. While they were eating dinner, someone broke into the trunk of the mini-bus. While there wasn’t too much that got stolen (who would rob a school bus?), items that did get stolen were a team member’s laptop and her wallet, other electronics, a TUSD credit card, and Mrs. Hughes homework she was grading (Really thieves?  Homework?!).

Sophomore Halley Hughes said, “It made her a bit angry, but she was glad that the rest of the team’s stuff was safe, and that everything could be replaced.” She also felt bad for Mrs. Hughes, as she had to,”stay up all night calling the police.”

This isn’t the only time the team has had something stolen from them though. Some of the money that the team was fundraising by selling donuts was taken, presumably by a student. Although the money was made up, it was still a setback. Despite these occurrences, the debate team has still managed to be quite successful.