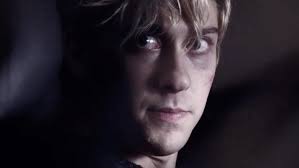 It’s another controversial case of whitewashing an Asian story, and just after the recent release of Ghost in the Shell’s remake too. Yet another cherished Japanese sensation is getting its own Americanized live action. Last week, Netflix released a film adaption trailer of the hit anime and manga series Death Note that caused outrage across the internet. Fans are clearly unhappy over the trailer, and have  not only been accusing Netflix of whitewashing, but also starting up a huge boycott over the film. An individual fan, Sarah Rose, has already made a petition signed by over 15,000 people.

Death Note is a Japanese series about Light Yagami, a high school student who discovers a notebook (the ‘Death Note’) that can kill anyone whose name is written in it. As the anti-hero, Light Yagami starts to use the Death Note to become a benevolent God. A detective by the name of”L.”  begins tracking him down. The Death Note is a highly successful franchise, its manga selling over 30 million copies worldwide and already accompanied by several live-action films, a TV drama series, and musical.

In the Netflix trailer, the director Adam Wingard (Blair Witch) re-imagines the story for a more American audience, changing the original setting of Tokyo into the United States. By doing so, he also changed the  iconic name Light Yagami into Light Turner (Nat Wolff, The Fault in Our Stars). For the film they were going for a more ‘white’ cast, and refused Asian-American actor Edward Zo who auditioned for a role. “This would have been an amazing opportunity for an actor of color, for an Asian actor, to take the global stage and break barriers and break stereotypes… (but) they were not looking to see Asian actors for the role of Light Yagami,” said Zo.

However, interestingly enough, the role of  detective”L.” is given to black actor and rapper Lakeith Stanfield. It’s quite unique to see a Japanese character to be turned over to an African-American, but with such an important role we can’t say if it’ll be a good or bad thing yet. And the critical role of Ryuk will be voiced by Willem Dafoe (Spider-Man).

Last year during Reddit AMA, Wingard says that he believes that “Anime are due for the same treatment that comics got when Nolan did ‘Batman.”

“I think the key is straying away from overt Anime style like ‘Speed Racer’ and ‘Dragon Ball’ and instead try to ground the stories in more relatable ways. With ‘Death Note’ I tried to give it a gritty, lived-in look. With that said ‘Death Note’ is going to be my most insane movie yet. It makes ‘The Guest’ look conventional,” Wingard says. However, some critics say the problem with Wingard making the live-action of an anime is not the style of it, but if it stays true to the fandom.

While some fans are boycotting the film, other fans of the Death Note fandom will definitely watch it because of how dear the franchise is to them. However, fans so far claim the trailer seems to poorly represent the spirit of the show.  The film is scheduled for release on August 25, 2017. 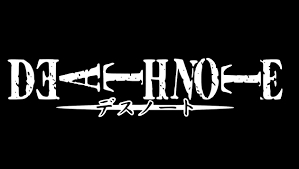 See related SHS article on Ghost in the Shell: https://shsthepapercut.com/13744/entertainment/yet-another-hollywood-whitewashing-controversy/