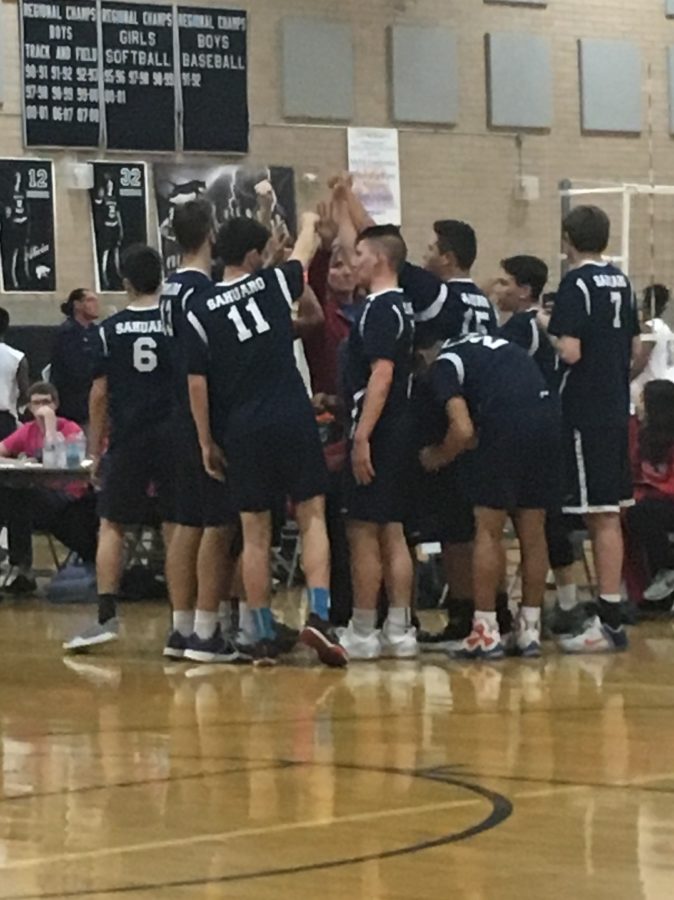 Sahuaro boys Varsity Volleyball took 4th place in the Mountain View Invitational. This tournament was on the 31st of March and carried over to the 1st of April. It was a double elimination tournament. On Friday the boys played against:

The following day they played against

During the warm ups for the Mountain View game, junior Caleb Salazar got hit in the head with a ball. He had to sit out because there was suspicion that he had a concussion. Now it is confirmed that he does not have a concussion, thankfully.

“We did pretty well until Salpointe’s game, we were making too many mistakes, not playing our correct positions, and our timing was off. I believe that we will be able to recover and have a strong rest of the season,” said Austin Stewart, libero.