The Pet Peeves of Sahuaro Peeps 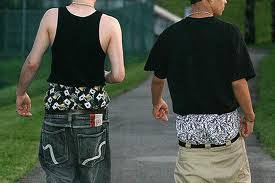 After spending eight hours a day at school, five days a week, people get under your skin. It might not be the people themselves bugging you; they are probably just constantly doing that ONE thing that gets on your nerves. It might be a small little thing that any one else wouldn’t even notice, but to you, it’s the most annoying thing that anyone could ever think of doing. For me, it’s having my hair in my face. Without it tied back, it gets into my eyes and drops all over my school work. What are your biggest pet peeves?

Joaquin Cota, sophomore, spills, “Anyone who stops in the middle of the hallways gets me heated. Do they care about anyone else trying to get to class???” This seems to be the case for lots of people here at Sahuaro. Just move to the side or get to class!

Mariella Esquivel, sophomore,  states, “When kids at lunch eat a few bites of their food and then throw it away.” Well, wasting food definitely is a big problem in the U.S. Why pack food just to throw it away? Fact: Today, as much as 40 percent of food produced in America is thrown away, amounting to 1,400 calories per person per day, $400 per person per year, and notably, 31 million tons of food added to landfills each year. (thinkprogress.org)

Amanda Mourelatos, freshman, states “I don’t like any sort of smokers, like people vaping at school or just kids smoking out on Vicksburg.” I think the administration agrees with her.

Faith Moore, sophomore, disagrees strongly with the “sagging” trend along with numerous others. What makes her mad is when “Those kids who wear a belt that’s suppose to hold up your pants, is hanging just as low as the pants.” What is even the point of wearing a belt then?

We are just scratching the surface of what ticks people off. Everyone has a few of those things that just annoy them and makes them cringe. What is your biggest pet peeve?