The Oscars Turn the Big 90! 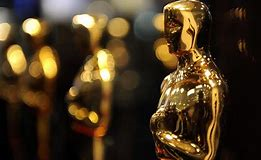 The Oscars have come and gone once again, and this year happens to be the 90th anniversary of this renown award ceremony. Many awards were given to The Shape of Water, Dunkirk, and Coco, plus actor Gary Oldman and actress Frances McDormand. Unlike years before when the Oscars were accused of being “lily-white”, this year diversity took center stage and women won more awards. Simple observations like this show how much the movie industry and our world has changed.

Rita Moreno, the winner of the Best Actress award, wore her dress from the 1962 Academy Awards and surely drew attention. Kobe Bryant won an Oscar for his short film, Dear Basketball, which was written and narrated by him about his retirement. Director of Get Out, Jordan Peele, won the Academy Award for Best Original Screenplay and is the first African American to do so. Mark Bridges, winner for Best Costume Design, won the $18,000 jet ski; his acceptance speech was very short and lasted half a minute. Lots of other talented actors, actresses, artists, and directors also won astonishing awards. This beautiful award ceremony has continued for 90 years and will continue to thrive.