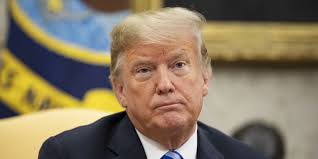 On September 5th of 2018, an anonymous op-ed from a “Senior Adviser” was published by the New York Times titled: I Am Part of the Resistance Inside the Trump Administration. The piece contains insults on Trump and his administration, stating, “President Trump is facing a test to his presidency unlike any faced by a modern 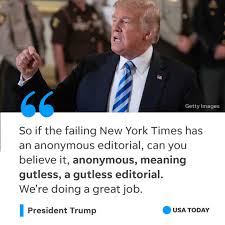 American leader…” and “Anyone who works with him knows he is not moored to any discernible first principles that guide his decision making,”

Trump’s response to this information was posted on his usual platform, twitter:“Does the so-called ‘Senior Administration Official’ really exist, or is it just the Failing New York Times with another phony source? If the GUTLESS anonymous person does indeed exist, the Times must, for National Security purposes, turn him/her over to government at once!”

Trump has requested that Attorney General Jeff Sessions investigate the Op-Ed, but it is not clear whether he will be doing so.