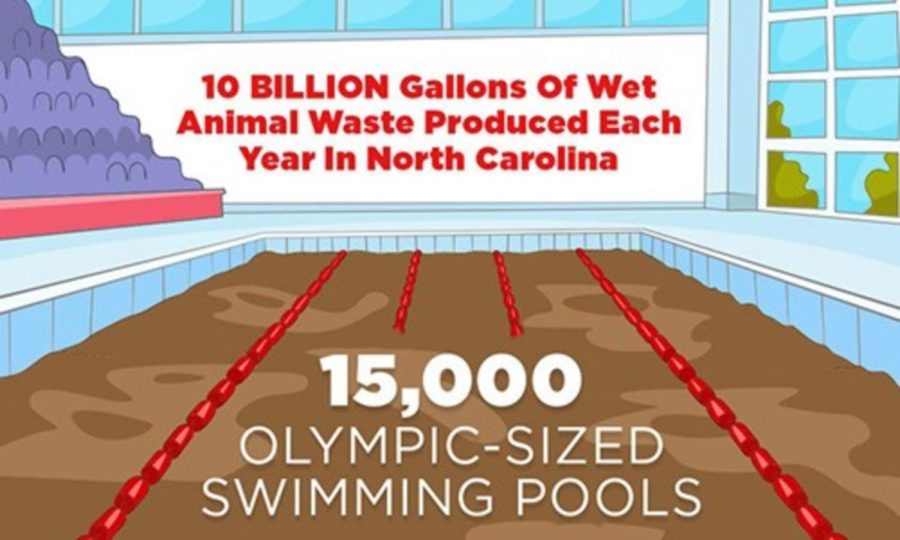 Yes, the North Carolina hurricane is extremely dangerous for its citizens, but what about the state’s pig manure lagoons? Yes, North Carolina is one of the biggest hog-farming states in the U.S. with about 9 million pigs on 23,000 farms. There is about 10 billion pounds of pig waste a year because of these hog-farms. You might see where I’m going with this. All of the waste in the pig farms could be spread all over North Carolina.

This isn’t the first time this has been an issue, however. Back in 2016, Hurricane Matthew went through 14 pig manure lagoons. This also happened in 1999 with Hurricane Floyd, and that hurricane went through dozens of pig manure lagoons and would be blamed for algae blooms and fish deaths. It also killed lots of pigs, chickens, and other farm animals. The smell was so bad that rescue workers had to put Vapo-Rub on their noses to numb their noses from the stench.

Floodwater mixed with pig manure could be toxic and it makes residents very concerned that it’ll affect its groundwater. Andy Curliss, the CEO of the North Carolina Pork Council, says that the lagoons can handle as much as 25 inches of rain without failing. He then said, “If we get more than 25 inches of rain, then we’ll start to be concerned.” It was reported that there is expected to be 40 inches of rainfall. In an update, it turns out that Hurricane Florence has over flooded multiple pig manure lagoons in the state and it is most likely spread to the state’s groundwater.