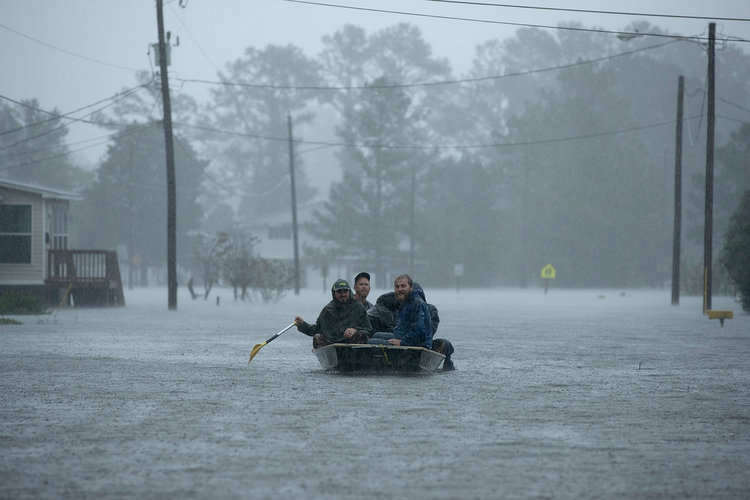 On August 30th, Hurricane Florence set to hit North and South Carolina, as well as the mid-Atlantic states. The hurricane ended up being rather capricious before arrival, changing from a Category 5 to a Category 1, and finally hitting at a Category 4. Florence was the first major hurricane of the 2018 Atlantic Hurricane season, and one with  amazing stories and photos.

From The New York Post: Sanderson Farms, one of the countries leading chicken producers, has lost 1.7 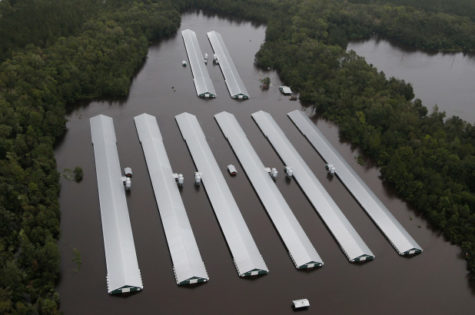 million chickens in the flooding. There are a few other farms who are also close to losing even more if the flooding lasts any longer, preventing food trucks from making it to their locations.

From The Charlotte Observer: As of now, 34 people are dead including 3 young children.  As of last Tuesday, the count was 26, but with the flooding slowly decreasing the toll became worse. Most either drowned, were electrocuted, or got crushed by fallen trees. There is hope that the numbers will stay the same.

From The Paper Cut: The leading location for the pig manures damn has broken and now tons of manure is running through the flood waters throughout North and South Carolina. For more information, check the article within The Paper Cut.

From Fox News: A woman and her husband, after evacuating from South Carolina to Florida and already

worried about their home, received a kind letter from another hurricane survivor.  The note told her they were hoping her family and everyone were safe and gave empathy after she and her family fled Hurricane Irma. The letter included 5 dollars and a Walmart gift card.

From People.com : Some rescuers searching the North Carolina area spotted 6 trapped dogs in a pad locked kennel. According to interviews with the heroes, “We got them out, but by the time we left, the water was so high that they would have drowned.”