Odell to the Renewed Browns 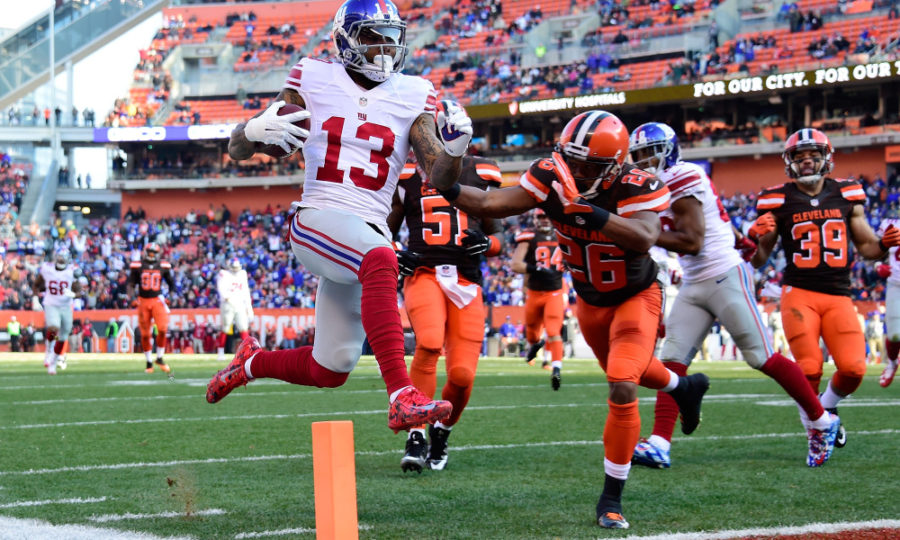 From 2002 to 2019, the Cleveland Browns have been the laughing stock of the NFL. They continuously got high first round draft picks, to only draft players that were major busts, most recently Johnny Manziel. However, with the first pick of the 2018 NFL Draft the Cleveland Browns selected Baker Mayfield, quarterback out of Oklahoma, with the #1 overall pick. The Browns seemed to be starting the season the same way they always do, losing. Thankfully for the Browns faithfuls, the team finally decided to put in their rookie QB. He led them all the way and almost got them to a playoff berth, but they finished just short of contention with a record of 7-8-1.

In the off-season though, the Browns have been making moves to keep the team in prime shape to contend. They signed released RB Kareem Hunt behind their already dominant RB Nick Chubb. Most recently they traded with the Giants for WR Odell Beckham JR. The Giants got in return, Julius Peppers and a few draft picks. It was almost a steal for the Browns. Now, with the Steelers’ dynasty in the AFC North over, the Browns only really have one tough opponent in the division, the Ravens, led behind the quarterback they drafted after Mayfield, Lamar Jackson.  With Mayfield’s many weapons to use, the Browns will definitely be a playoff contender for at least a few years.