On My Block Season 2 Reviewed 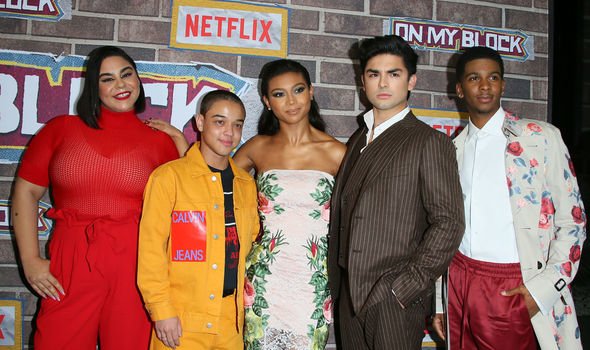 Season 2 of On My Block was nothing short of a master piece and here’s why. SPOILERS AHEAD!

After the first season left a cliff hanger with Olivia and Ruby being shot at Olivia’s quince, the show picked right up with a depressing opener. The community is shown with all the recent neighborhood deaths and Olivia’s street memorial is seen with flowers and candles. I didn’t actually believe that the show would kill off Olvia as she was the only other main female-character besides Monse.

The only thing I wish they did more was wrap things up a little faster. We only got the solution in the last 30 minutes of this season and it wasn’t very satisfying. I mean the plot twist and Caesar being able to stay in town was satisfying but they get kidnapped again and it opens up a world of questions. They also need to make the episodes longer since they’re only about 20-30 minutes long, definitely not healthy for my Netflix binge-sessions.

The season really captured a lot of different elements without trying to. I think Ruby’s development as a character while dealing with grief from Olivia’s death was my favorite part. There were moments where he would panic and break down, but it didn’t ever stop him from being there for his friends or whatever crazy adventure they were planning. Ruby is my favorite character overall because of how he treats his family and his friends while still trying to thrive in school and other elements of his life.

Season 2 will be my favorite season unless the third tops it. I’m just hoping the show gets renewed as Netflix has already stopped filming some of my other favorite shows (RIP The Punisher). I’m hoping next season that none of the characters pass and I hope Monse and Caeser fix things.