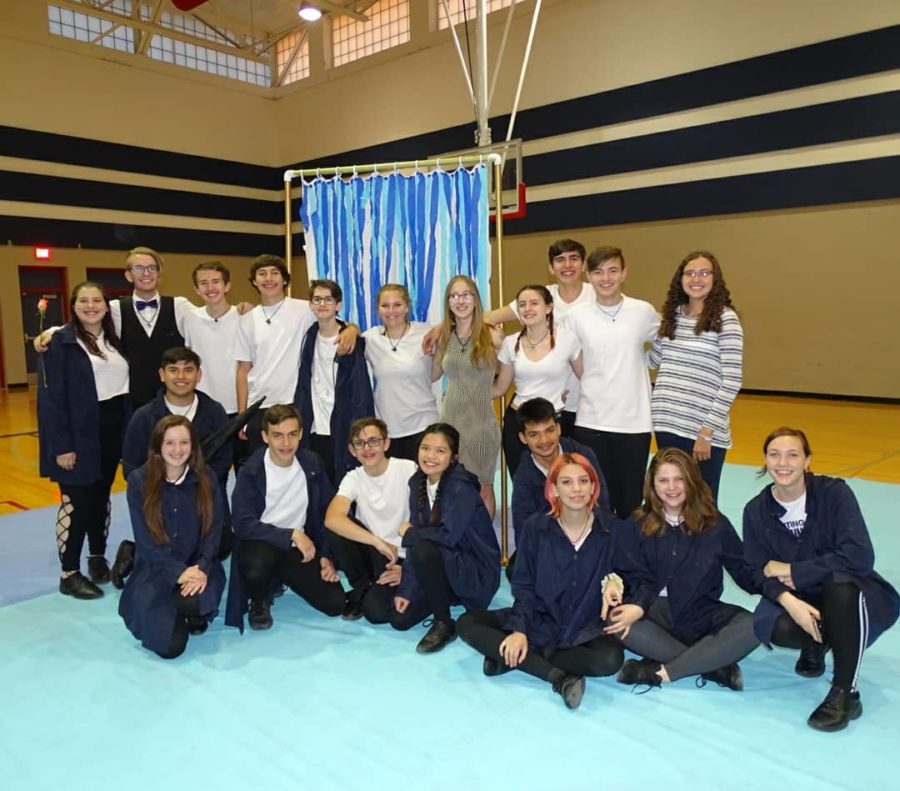 Sahuaro’s Drumline took their season by storm and placed for the first time in 4 years! Our show, Waiting…, shares a story about a man who isn’t happy with his life, but all that changes when he is shown the path to happiness. Various emotions are displayed through the various phases of a rainstorm. On March 23rd, at the Basha Competition, we placed 2nd; and we were 1.1 points behind Sabino, who got first. We got 9th out of 12 bands at Championships (which is higher than we have placed for the past couple of years). Compared to seasons in the past, we have never gotten last place this year, and the determination has been incredibly strong. By the 2nd competition we participated in, we had our full show completed and ready to clean. Last year, we hardly had our show completed by Championships. In other words, Sahuaro is taking it’s name back.

One big benefit is our staff this year. We went from having no staff, to having a staff member for every instrument being played. The staff have been incredibly encouraging and, when we got distracted, they helped us stay on the right path to success. One of the staff members, Aurora Asher, said, “I’m honestly really thankful that my first year teaching was with a program such as Sahuaro. Not only was I able to help guide and teach each student, in what is to be believed an enormous jump from last season, but I was able to learn just as much from each of them as well. This school is filled with a great amount of energy and enthusiasm that allows these kids to succeed as well as they do. I’m extremely excited to watch this uphill stride that Sahuaro has started to embark, and more than proud to be a part of the team to get them there.” Not only the staff, but the several rookies who took on these new instruments and tackled the challenge.

For example, freshman Jessa Morelli played the xylophone and learned how to four mallet in less than a season, which is very complicated for someone inexperienced and new to mallet percussion instruments. The drumline has grown in experience, population, and knowledge; now we wait for next season to succeed even more.