The Return Of Old Taylor!

When we all heard that dreaded phone call informing us that the old Taylor was “dead”, and I don’t know about you, but deep down I only had one hope…maybe she will just Shake It Off? 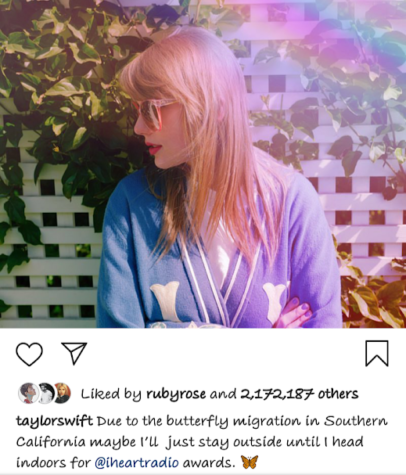 Well my fellow Swifties, our favorite cat loving Blondie, has returned, marking her return with a vicious snake evaporating into a kaleidoscope of crystalline butterflies, in the starting scenes of her newest song “ME!”, ft. Brendon Urie released April 26th, 12 pm eastern time!

For the past few months we’ve all waited patiently for what she had planned, ever since she posted a photo of her just before the IHeartRadio awards with the caption, “Due to the butterfly migration in southern California maybe I’ll just stay inside before I head indoors…” immediately theories began to flow in. 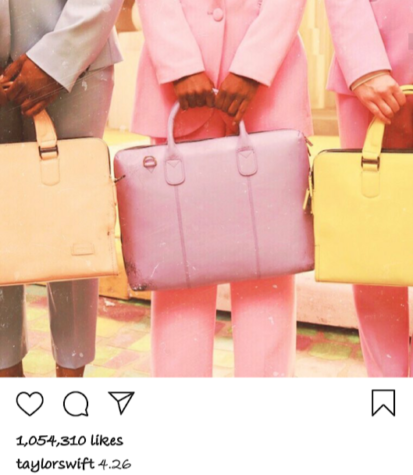 Although most, just speculated she was planning an album, a majority if not all of her hints were caught especially by Buzzfeed who posted an article stating, “…this is Taylor Swift, and by now we know everything she does is Painstakingly planned and executed down to the final letter…she’s been dropping clues about the new song for months.”

As usual Buzzfeed was right, a few days later Taylor was sharing little posts featuring an aesthetic image, a butterfly emoji or simply the date “4.26”. She gave us every possible clue she could think of, and we all knew it was coming, the complete shock was the involvement of Panic at the Disco’s front man Brendon Urie. Not once did he spill a single bean about his collaboration with the pop star. Nevertheless, many Taylor fans are very happy with the new release, along with crossing fingers and begging for more.