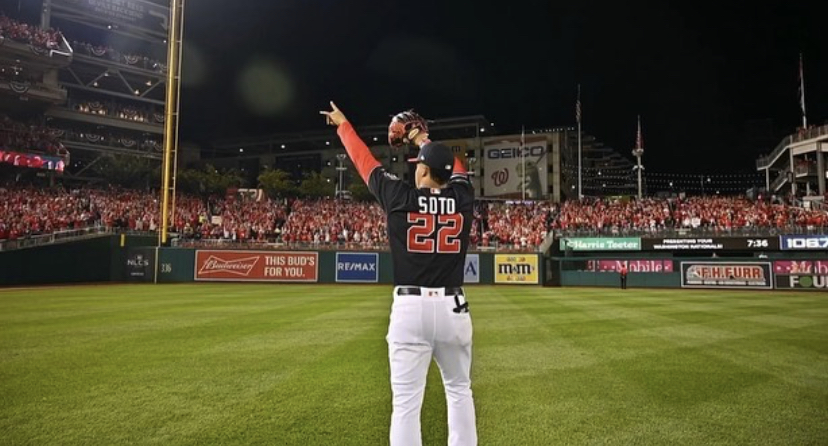 October baseball. Baseball fans can’t get enough. When it seems like it will follow a destined path, it takes a hard right. I’m not sure if it’s the October air, but something about baseball in October makes teams play at an elevated level.

For me, it all started with the Wild Card games. The National League match was the Washington Nationals vs. Milwaukee Brewers. As a Nationals fan, I’m used to heartbreak in the playoffs. I was there when Jayson Werth walked off just to lose to the Cardinals the next day. I was there again when we lost in the playoffs in a long game against the Giants. My point – Nationals playoff baseball usually is disappointing, to say the least.

Before the season I didn’t know what to expect from this team, we had talent, but we did lose Harper to the Phillies. We struggled. Our bullpen was so bad. So so so bad. I remember talking to my dad saying that we would never make the playoffs. DC sports haven’t always had the reputation of dominating a certain sport like Boston, New York, Los Angeles, or San Francisco. We have had disappointment with our hockey team, which eventually broke through and won the Stanley Cup. So, it’s naturally the Nationals turn for a championship.

First let’s go back to 2005 when it was first announced that baseball would return to the nation’s capital. Now the Nationals have turned their horrible start around and made the playoffs. They won home field for the Wild Card, and before the 8th inning, it looked like the Nationals would succumb to another postseason disappointment.

However, like how this season has been, the Nationals fought back. Juan Soto, the Nationals young star, had a go-ahead double to come back from 3-1 (sorry Warriors fans). The Nationals would now face the Dodgers, who came off a franchise-record 106 win season and made two consecutive trips to the World Series. The Nationals took after their regular season, and forced a game 5, and won off of a go-ahead grand slam in extra innings to advance to the National League Championship Series. What did the Nationals do in their first appearance in the NLSC, they swept the Cardinals in 4 games, won their first pennant, and advanced to the World Series. For Nationals fans, like myself, this is something we have dreamt about since the team came to DC.