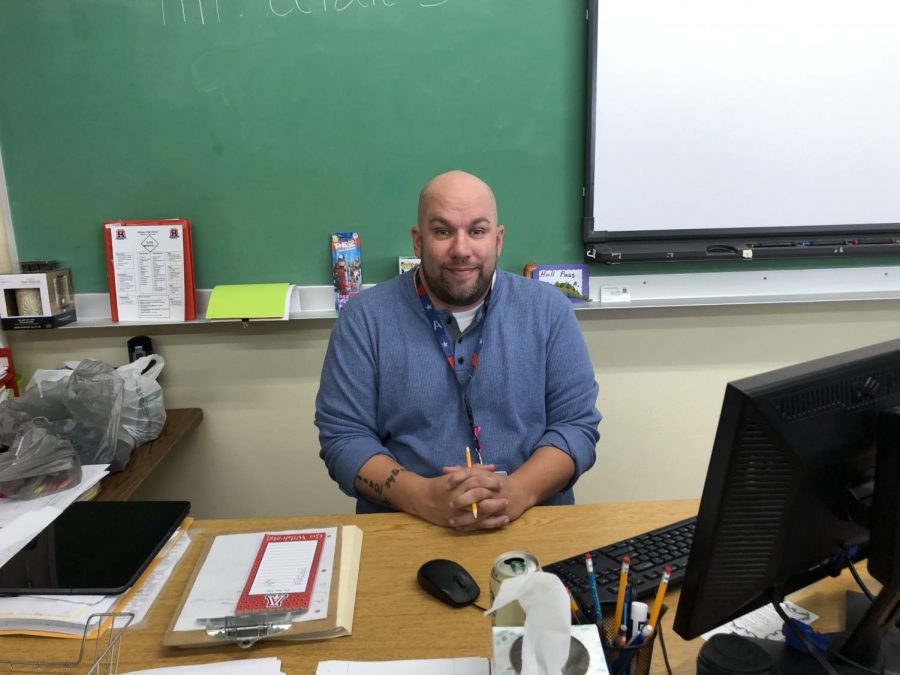 As of last week, a new Mr. Smith has joined the English department.  It may seem that we just wrote a new article about a new Mr. Smith addition to the department, but this time his name is Alan, and he is the brother of Ryan Smith.  The similarities don’t just end here.  Both were part of the Air Force, both love drama, and both have lovely shiny bald heads.  The original Mr. Smith told his brother that there was an English class that did not have a teacher. Actually, the classes have had a string of subs ever since Mr. Sye left about one month into the school year.  This somehow inspired Alan Smith to want to quit working for the military and become an English teacher alongside his brother at Sahuaro. He said, “Even though the military was giving me sooo much more money than I would get as a teacher, I still wanted to help out the students.” So by that night he decided to start working in room 208 the day after Fall break. 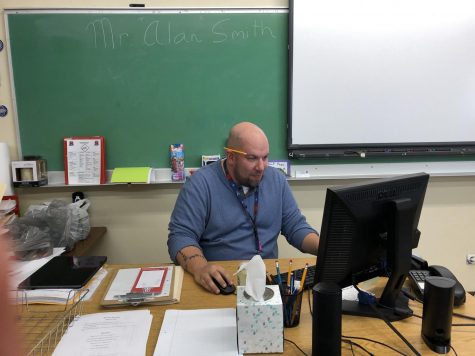 One of his hobbies is to binge watch Marvel movies. He is obsessed with Star Wars and is always talking about it. He told me, “Mr. Sye wanted the class to be about reading, but I want it to be about theater.” Another thing he has in common with his brother, who long-term subbed for drama last year when Ms. Rossmeissl was on maternity leave.   When Alan Smith was in  college, he studied theater and acting. And much like his brother,  his dream job would be to teach in any theater and perform, but since he is a teacher now he is going to teach his students about theater skills.

As one might guess among brothers who have so much in common, rivalry is present.  He said that his favorite thing to do is to compete with his brother Ryan. Mr. Smith believes that he is “going to be the best known teacher because he is really chill and nice to the students.” They always going around asking students who they like better. Mr. Alan told me that many people say him because he is way more funny. I also spoke to some students in his class and they said that with everything that has been going on, its great to have a teacher who can be here and give us all the education that we want. Mr.”Alan” Smith came here from the military to be a good hard working teacher and catch the class up on everything that we missed.