Spoilers Inside, Proceed With Caution 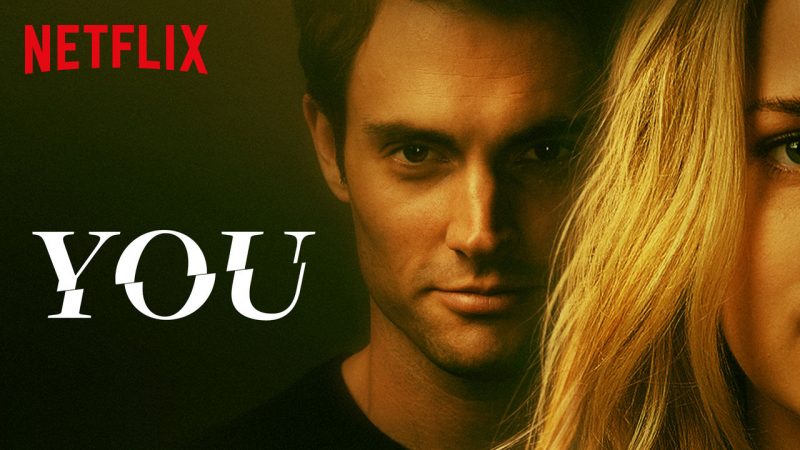 It has been the biggest show on Netflix since the day after Christmas. It’s a novel turned into a show with 2 seasons and counting. It has people making soundproof cages in their basements. It’s You: the not-so-ordinary show about a local bookstore clerk that falls hopelessly in love and will do anything for the girl, including killing a lot of people. I’m sure I’m not the first to say this, but this show has blown my mind in unimaginable ways.

In season one of You, Joe Goldberg was shown as just a regular guy working in a bookstore until he spotted a beautiful blonde woman named Guinevere Beck. Instead of making sane choices, he stalks her and kills people in her social circle to keep her all to himself. Eventually, he kills her. But then, his ex Candace shows back up after he thought he killed her. You’re all up to date now, so it’s time for season two.

Just when I thought things couldn’t get crazier, they did. Joe flees to Hollywood to get away from his ex. In doing so, he creates a new identity for himself. By creating, I mean, he kidnaps a guy and holds him hostage in a storage unit and poses as him, Will Bettleheim. Typical sociopath Joe. It was a bit of a shock at first but makes perfect sense. Throughout his adjustment to Hollywood,

Will finds a job at a bookstore and another beautiful woman. Which, of course, he latches on to. Her name is Love Quinn. He gets in deep with her and her brother, Forty Quinn. Along the way, Will killed a couple of people. Then one night, while tripping on acid, someone kills a girl named Delilah from his apartments which he was keeping in his soundproof cage. Obviously it was Joe, right? Well, while he couldn’t remember anything and assumed it was himself that killed her, it was actually Love.

Joe, or Will, sounds like a psycho with a kink for killing, right? Well, that is true, but have you ever felt bad for a psychotic murderer? Throughout the second season, all I felt was sympathy for Joe. In Joe’s narration, you can hear the guilt in his voice. You can tell he didn’t want to kill. You can tell he felt bad about creating Candace into the crazy ex-girlfriend. You can tell he wanted to protect Ellie. You can tell he loves Love. You can tell he cares about the real Will when he lets him go. Somehow, someway, the writers of this show made everyone love a killer.

Another thing that absolutely baffled me is that Love is exactly like Joe. I can normally predict what happens in shows, but this blindsided me. Love was portrayed to be this pure girl caught up in a love fantasy. She wanted to live life to the fullest and would bend over backward for her loved ones. Sike. She’s a killer, just like Joe. They were a match made in heaven. They both killed someone at a very young age and kept the violence in their bloodstreams. What’s even more surprising? Joe tried to kill Love and they still love each other. Joe almost messed up with his match made in heaven, but she stuck around. What’s even better? She locked him in his own cage. That proves that their craziness balances out together. Relationship goals!

On the last episode, it was discovered that while Will was tripping on acid, Love went and murdered Delilah in Will’s cage. Why, you might ask? Love! She killed Delilah for the exact reasons that Joe killed Beck’s ex, Benji, in season one: the need to protect and keep their loved one at any cost. And she’s pregnant, go figure. So they move into a big house together and are going to raise the child as a couple; but it can’t be that easy. Joe peeks through the fence separating him and his neighbor to see a woman. Guess what? He bites. THE END. What?!?! Love is LITERALLY carrying his baby. The child of the love of his life. What’s he going to do, kill Love and the baby?! Or what if Love kills him? What if the baby grows up and kills them both? Only time will tell.

Ever since I finished season two, I’ve tried looking for other similar shows to fill the void, but nothing hits like You. Nothing has me on the edge of my seat like Joe ‘accidentally’ killing another person, or how perfect Love and Will are for each other, or Joe having another person locked up in his cage and acting like it’s perfectly sane. There aren’t any other shows where the helpless romantic has a deep-rooted obsession with murder.