Why Justin Bieber’s Song ‘Yummy’ Is A Banger! 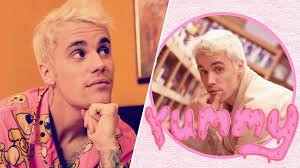 On January 3rd, 2020 the one, the only, THE LEGENDARY Justin Bieber released his new single titled ‘Yummy.’  And boy, oh boy was there mixed opinions on this song. But this isn’t about their opinions on the song, this article is all about my opinion on it. I’m not going to lie, but my opinion may be biased. But I needed to go off really quick.

In all honesty, this song is a bop. It’s so catchy, upbeat, and shall I say more? Is this song mostly random mumbling? Yes. But that is anything but the point. Justin really came out here with this bop, for who? For what? For why? All I am saying is that anyone bashing this song does not know what’s up. And that’s on exclamation point! I do prefer his old music, but that’s because of its nostalgia. But hearing this song really hyped me up to see what else is to come from Mr. Bieber this year.

Did I mention that even though Justin Bieber  just recently got diagnosed with Lyme Disease, he is still out here doing his best to keep releasing good music, and still staying very active on social media.