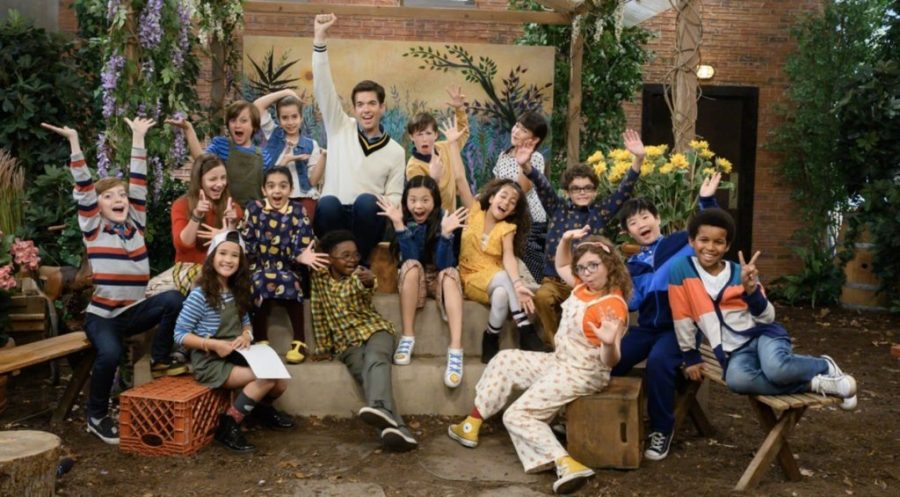 Sack Lunch Bunch is a children’s musical/comedy written and starring popular comedian, John Mulaney. He got his start on Saturday Night Live, and has many different stand up specials on Netflix. John Mulaney has a somewhat passive aggressive tone when telling his jokes, and jokes about a lot of issues that can be related to by many, like jobs, parents and college, which is what I find the funniest about his jokes.

Mulaney was quite excited while writing the screenplay because he had always wanted to write for kids. It was inspired by some of my favorite kids shows – Sesame Street, The Electric Company and The Great Space Coaster (The Electric Company is a personal favorite). The special itself has many kids and they all talk and make jokes similar to the way that Mulaney does himself, which I absolutely adore. This special was made for kids themselves which is why it’s more of a musical and deals with issues kids would deal with, like “Grandma’s Boyfriend” “Sascha’s Dad Does Drag” and more funny topics like those.

I really enjoyed this because it was funny seeing 6 to 10 year olds make jokes like a passive aggressive 37-year-old. I also like some of the actors that were part of it like, Jake Gyllenhaal and Natasha Lyonne. The show had more of an upbeat tone, unlike other kids shows that I have seen. Over all it was super funny and enjoyable, I 100% recommend this to anyone who is out for a laugh.