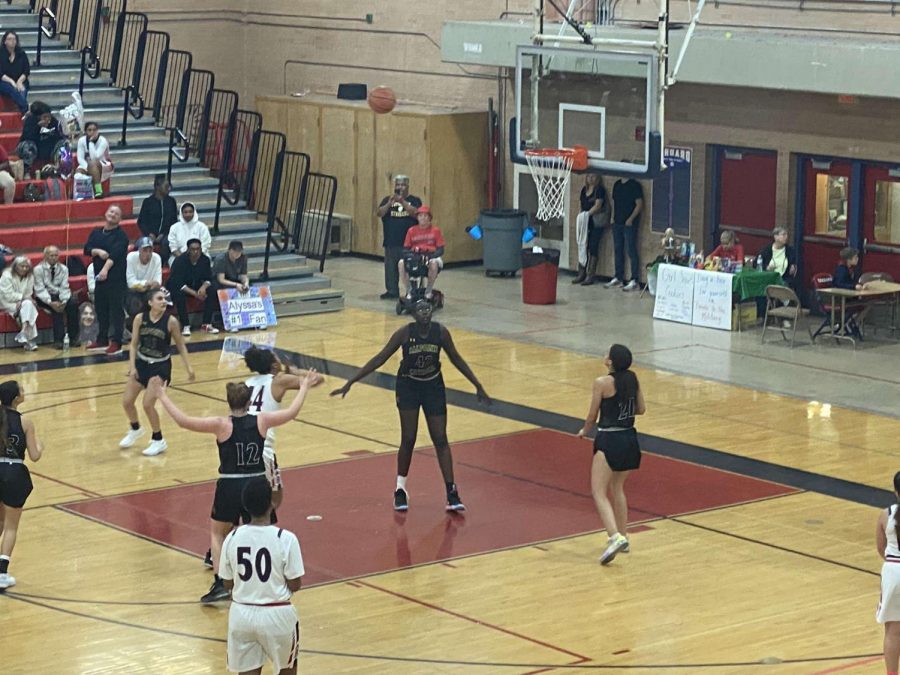 Sahuaro’s 7th annual basketball game for cancer, Coaches vs. Cancer took place at Sahuaro’s gym on January 28, 2020. Sahuaro’s girl’s varsity basketball team played against Salpointe Catholic, with all of the game’s proceeds going to the American Cancer Society to help suffering cancer patients all across America.

Sahuaro is the only High School in Arizona that hosts a Coaches vs. Cancer game. Coach Botkin says, “It’s always worthy and great to help out a needy cause. The community gets behind it and it makes it even more fun.” Tickets for the game cost only $1.00 for admission. A silent auction, with items from beauty baskets to paintings, as well as a snack bar were available to help raise more money.

Coach Botkin says that we raised close to $1000.00 for The American Cancer Society at the game. Sahuaro junior, and girls varsity basketball player, Lucky Franke also scored her 1000th point throughout her High School basketball career at the game.
Sahuaro’s girls’ varsity won 64-44 against Salpointe.