The United Kingdom Has Officially Left the European Union 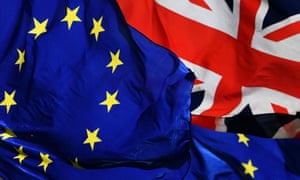 (Photo from The Guardian)

After four years of protesting and two General Elections on the Brexit Referendum, the United Kingdom (UK) has formally left the European Union (EU). On January 31st, at 11:00 pm GMT, the UK officially stopped being a part of the EU, but what does this mean for the future of the country, and how much will really change?

Brexit, standing for “British-Exit,” began in June 2016 when a public vote was held to determine if the UK would leave the EU, and Britain’s public vote showed that 52% of voters said to leave, with the other 48% voting to remain. To Britain, this “exit” is them, after decades of being constrained by the EU, taking back control of their own borders, trade, laws, courts, and the British taking back their own decision for the future. The former adviser to Margret Thatcher, Nile Gardiner, states that Brexit is, “all about the principles of sovereignty, freedom, liberty, and economic freedom.”

“Brexit Day,” will be taking place on January 31st, and marks a celebration for some of a page-turning for the UK, and protest for others against the change in political future. It also marks the beginning of a year-long transition period for the UK. A trade deal will be negotiated between the UK and EU, but until those negotiations are finalized, travel, licenses, passports, and business will not be effected until the official terms of the withdrawal from the EU are set into place.

Prime-Minister Boris Johnson stated, “I hope you’ve got the message by now. We have made our choice: we want a comprehensive free trade agreement, similar to Canada’s. But in the very unlikely event that we do not succeed, then our trade will have to be based on our existing Withdrawal Agreement with the EU,” speaking on the beginning negotiations for an agreement between the UK and EU at his official speech after “Brexit Day.”