Sports Are Back, Stadiums Are Empty, and That’s a Good Thing 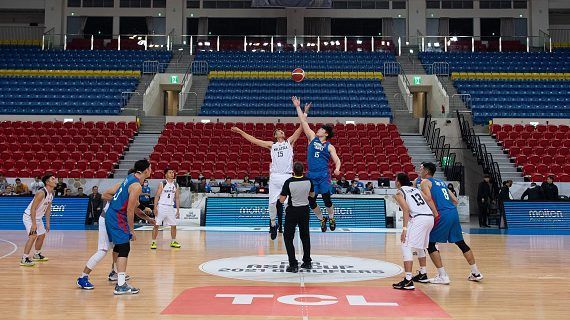 The COVID-19 pandemic has thrown all our lives into full-on turmoil, closing down everything from local stores to big venues, and even putting us all into a nation-wide quarantine. No matter what you think of the virus or how it is being handled by the media, you have to admit how widespread the effects are that the virus has caused.

One of the biggest effects was the closure of large venues such as stadiums, parks, arenas, movie theaters, and many others. This not only halted many people’s plans for spring break and onward, but also had a lasting effect on the financial status and stock of thousands of companies. One of the biggest impacts the coronavirus made was on the world of professional sports. The NBA was only a month away from going into its playoffs, the MLS was very early into the 2020 season, the MLB was about to start its spring training for the 2020-2021 season and the NHL season was around its midway point. The cancelation of professional sports happened mid-March, which was right around the worst financial point of the virus that had everyone worried about their future as jobs were being deemed “essential” and many had to file for unemployment. These were scary times and it seemed we had just gotten into the thick of it.

During this span of nation-wide quarantine, the entire network around professional sports hit an all-time low.  There were no games to play so the venues couldn’t earn revenue. This hurt the companies that invested money in them to be their sponsors while also hurting the networks that would have been broadcasting the game live, along with earning revenue from commercials. Then there were the specific people that it hurt, obviously, the players who rely on their game as their main moneymaker but also the camera workers, security team, concession stand vendors, commentators, cleanup crew, janitors and whoever else was hired to work at those venues were now out of a paycheck or work entirely. In an analysis done by ESPN they expect the loss of sports due to the coronavirus pandemic to cost around 12 billion dollars. “the crisis stands to wipe out more than $3.25 billion that fans would have spent on pro sports. It would erase nearly $371 million in wages — approximately 20 million hours — for ticket takers, beer vendors, and other stadium and arena employees. At least $2.2 billion of national TV revenue would be lost, as well as up to $2.4 billion in tourism-related to youth sports.” Even though the losses are still going to be massive, I believe that bringing back sports was one of the smartest decisions made during the pandemic, even though it is to empty stadiums. 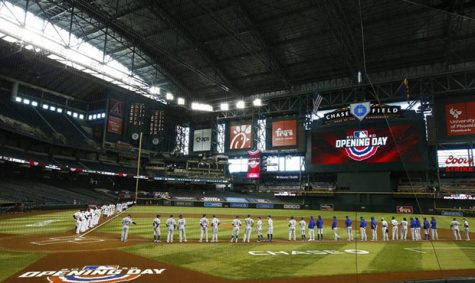 With businesses opening back up, people more able to go out and live their lives, and the initial panic dying down, we should be looking hopefully towards the future. Sports coming back to a nation-wide audience is great for that exact reason.  When fans can see their favorite teams and athletes back out on their field it brings hope to people who may need it desperately. It started with the MLB resuming their season on the 23rd of July, quickly followed by the NBA restart and the NHL resuming operations on the 30th and the first of August respectively. The NFL and MLS have yet to begin playing games but both have set start dates. Watching these sports play in their stadiums has been an interesting experience but also one that I wholeheartedly agree with. None of the commissioners or owners want to be responsible for their fans or staff contracting COVID-19 while at a game but they still want to make money off their team. Without fans in attendance, they won’t get any money from ticket prices, concessions, merchandise, parking and whatever else they charge for like pictures or raffles, but that being said those fans are still going to tune in to watch the games on network television or even an official team page. This trend is evident as all teams have seen a massive spike in viewership with some peaking at over 200% more than before. This not only provides entertainment for the fans stuck at home, but helps alleviate some of the burns that coronavirus had put the sports leagues into.

While the coronavirus has been a huge problem that has affected all of us in some way it is best to look on the bright side. If we all work together to make this virus go away sooner, then we should take every precaution, and if that means staying home to do things like work, school, or watching our favorite sports then so be it. We also need things to keep us occupied while the virus keeps us trapped at our homes and that’s where sports come in, doing what they do best: keeping us entertained and uniting us. No matter what you think, this is our bleak new reality until Coronavirus dies down. I’m just happy that people are making the best of it in whatever way possible.