Sahuaro Girl's Volleyball Fight To Stay Positive Through These Though Times 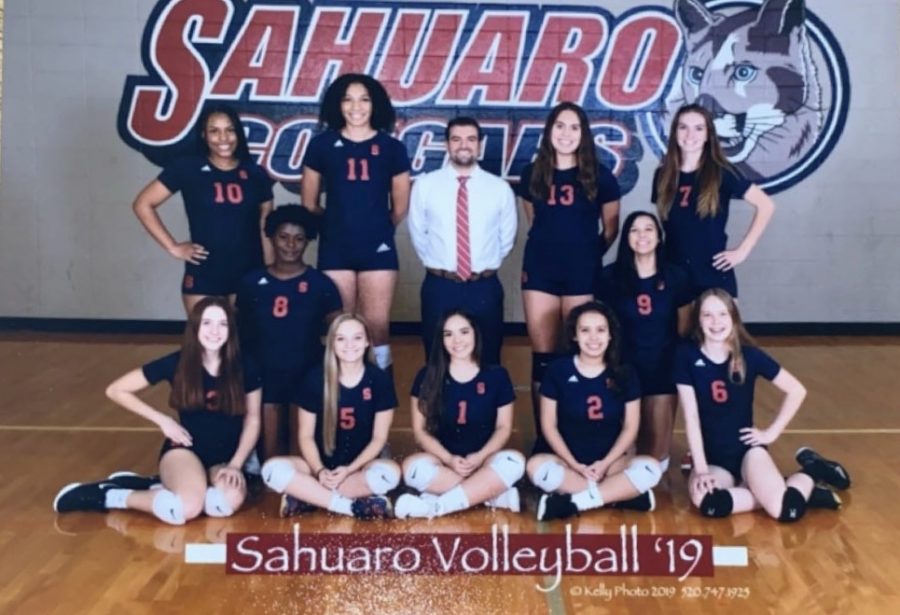 In an interview with Sahuaro High School’s volleyball player Tiana Cook, I asked about her opinion on changes to High School sports. Before our interview, I needed to learn how last year’s volleyball season was held. Tryouts began one week into school, indoors, and lasted up to 3 days. Then, I discovered how students have since gotten a new coach, practice is being held outside in the heat, players wear masks, and there’s been a huge delay for the beginning of practice. I also interviewed Kailee Lumadue, another senior on the volleyball team, who told me more about the 2020 season. She told me that her team attended two zoom meetings before their first day of conditioning on September 9th. She enjoyed the training even without drills, equipment, and the gym. As I concluded my conversation with Kailee, she stated “I think all of the girls are trying to have a positive mindset about everything, even though it’s crazy right now. We’re hoping for the best!!”

Being a senior, Tiana’s main concerns this year are about college recruitment, “cutting seasons short or just missing them at all, which means no chances for seniors to have that last chance to get picked up by colleges.” We went on to talk about her take on the way that sports are being cut short and she stated, “We might have never seen our senior season.” I appreciate her gratefulness in this time cut short by Covid-19.

My last question asked her if she’d change anything about her last season, and she responded with, “The only thing I wish I could change is being able to go into the gym sooner and the capability to play with equipment.” I learned a lot about the dedication and unity that the team shares. It is hard not to respect such a passionate and grateful team. Good luck ladies!