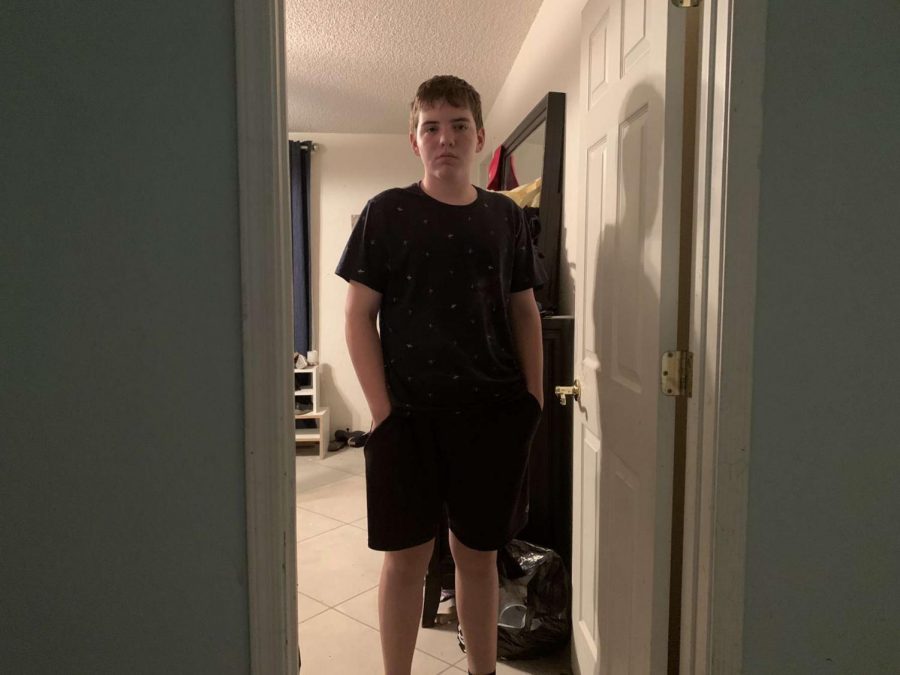 When we’re bored, what do most of us do – head into the fridage for a snack, right?  How bored have you been since Corona took over out lives?  About ten pounds bored?  Well, Caiden Celentano, sophomore at Sahuaro High School, took his boredom to actually lose weight – a whopping 30 pounds by simply working out. “Lifting, running, and playing football became part of my daily routine.” Caiden does at least one hour of cardio daily. “I jump rope and run a lot,” he laughs. “I didn’t really change my eating habits at all. Just sort of watched what I ate.”

“I’m very passionate about football, but I never really got to play because I was more on the heavy side. I really want a future out of football, I’m trying to gain muscle and get faster. My goal weight is 230 and 16% body fat.” For the last two seasons Caiden’s position has been D tackle, but by the beginning of next season his goal is to be Line Backer.

The teams have been helpful when it comes to helping Caiden reach his goal. “Even though we’re missing half the team this year, they’re all good teammates. Not to mention the coaches are very nice, respectful, and supportive as well.”

“Honestly, I think losing weight was pretty easy, and it didn’t take me that long either. I’m still trying to lose body fat, but gain more muscle. When I started, I was 210 pounds, but now I’m down to 180,” he says proudly.