Xenophobia Towards the Biggest Band in the World, BTS 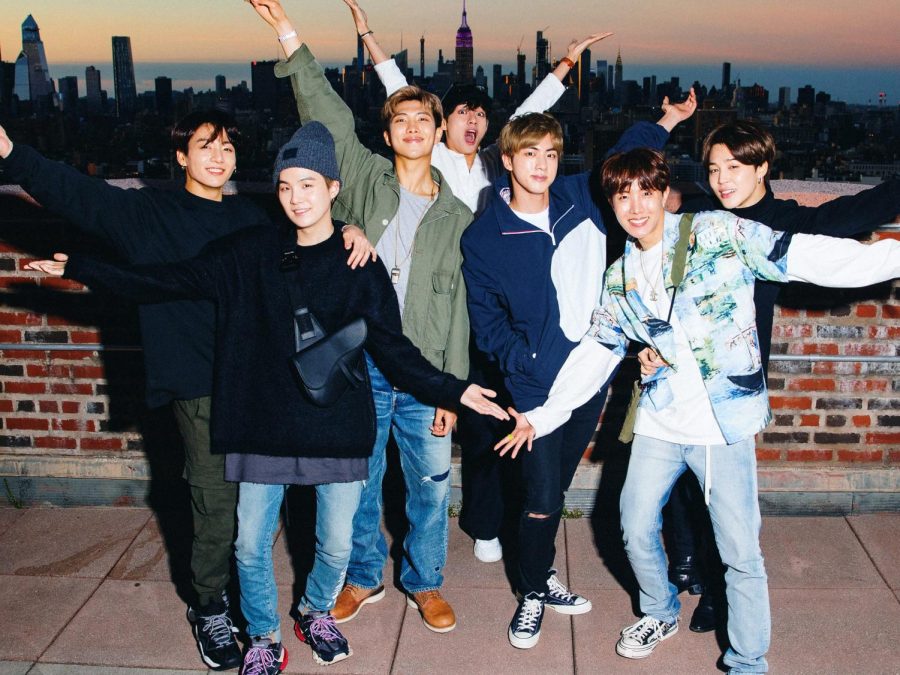 Xenophobia, the prejudice against people from other countries, is a very prevalent issue in society today; more specifically, the active xenophobia towards K-Pop (Korean pop music) and BTS, the most popular K-Pop group within America. Despite its surge of popularity back in 2016, K-Pop continues to be reduced to just “millennial fandemonium”; however, the numbers speak for themselves.

BTS have conquered many feats in the western music industry. So far in 2020, their album “Map of the Soul: 7” is the 2nd best selling album in the U.S, garnering over half a million sold copies, beating out The Weeknd’s “After Hours” and Harry Styles’ “Fine Line”. Their new single “Dynamite”, is No. 1 on Billboard Hot 100 for the third week, making them the first act in history to dominate the Billboard Hot 100, Global 200, and Global 200 Excl. U.S charts simultaneously.

While earning the title of “TIME: Next Generation Leaders” and partnering with UNICEF for the BTS: Love Yourself campaign, BTS continues to be degraded and labeled only as a “teenage phenomenon”, insinuating their achievements are a result of their fan girls instead of their talent. BTS’ comments section is polluted with racist innuendos, calling them the “Asian One Direction” and “these Asian f**ks”.

Just earlier this month, BTS delivered a speech at the 75th UN Assembly, and TV personality Anne Hergerty tweeted in regard to BTS, “All this about a little Korean boy band that’s fundamentally not important?” It’s the constant aggressive desire to bring up the fact that they’re Korean, like it’s some kind of insult that somehow proves they’re unworthy of their global fame.

The only explanation for this are the xenophobic barriers placed in the U.S; the emphasis on the term “western artists” has completely defiled the idea of Asian success in countries other than Asia itself. There was never any question when western artists like Justin Bieber and Drake toured in non-English speaking countries, so why doesn’t BTS get that same treatment in America?

Xenophobia stems from personal insecurities, resulting from ignorance and plain hypocrisy when comparing your personal favorite American artists. Why was it when One Direction won Best Group, it was completely deserved but when BTS won the same exact award, it was automatically assumed it was rigged? When a male K-Pop idol wears makeup, he is derogatorily called a woman, but when Harry Styles wears feminine clothing, he’s praised for breaking gender norms and defying toxic masculinity.

The stigma surrounding K-Pop in America has so many underlying racist implications that it has become impossible to acknowledge the talent that is BTS without being labeled a “Koreaboo”. There’s a distinct difference between saying K-Pop isn’t for you and completely degrading the entire industry because you’re too petty to place them on the same spectrum with other successful American artists.

“You will like BTS music if you listen without prejudice.” -BTS Suga