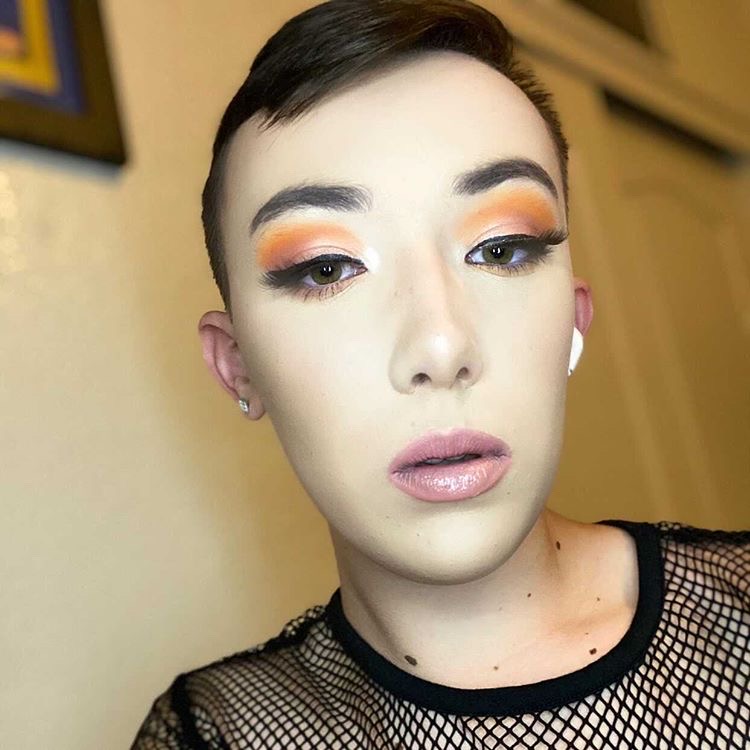 Sophomore, Jaden Jewett,  first became intrigued with makeup in 8th grade. Jaden started getting into the real glamour world when he began high school. He even says, “I’ve grown A LOT and I’m super grateful that over quarantine I was able to practice my craft and really get to a good level and start to have the skills to do better work.”

Originally from Chicago, Jaden has lived in Tucson since 6th grade.

Jaden “started getting in touch” with his feminine side toward the end of middle school, and along the way found some inspiration by watching James Charles and Jeffree Star. “I learned a lot about makeup, and I think what really inspired me to try makeup myself was seeing James Charles do what he does as a boy, and do it confidently, and I thought makeup would be the perfect way for me to express myself creatively.”

When he first got into makeup, Jaden had many support systems along the way. Jaden’s family/friends have been super supportive and positive. “I was really nervous about it, but I honestly just started doing my own thing and let everyone around me adjust.  Instead of having a conversation, I more or less let them figure it out themselves because I didn’t know how to have that conversation, but at first my friends’ reactions to me wearing makeup were super positive and encouraging.” Also adding, “I don’t know where I would be if it wasn’t for all of my friends and families’ support. I more than likely wouldn’t be doing makeup like I do now.”

Along the way, Jaden continues to shine on his path of makeup and kill every kind of look he does. This year he did an awesome Halloween look that took 3 HOURS…..yes 3 hours….and obviously slayed it! He worked with what he had. He expresses, “I had to use this ratchet old white makeup from spirit to cover my face and chest, and it’s super patchy so I had to cover my whole face with white lipstick too so it didn’t look bad.” I mean who do you know that can pull that off?? Jaden OF COURSE! 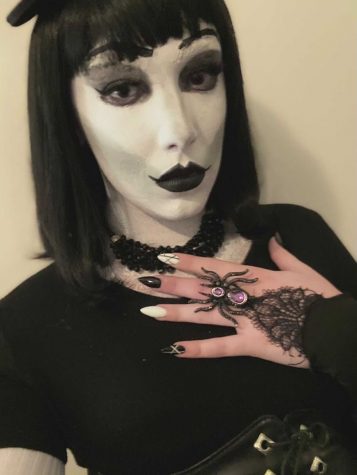 Jaden not only loves doing makeup, but he also enjoys listening to music, and acting. Ending this off, Jaden would like to say, “Any young person out there wanting to do makeup, or having trouble being themselves, just go for it. Life is too short to pretend to be something you’re not and if people don’t like it, that’s their problem and not yours. Be yourself, be the best you that you can be, and be a queen!” “And in the words of RuPaul, “What other people think of you is none of your business.”

Keep killing and slaying it Jaden with your amazing soul and work!