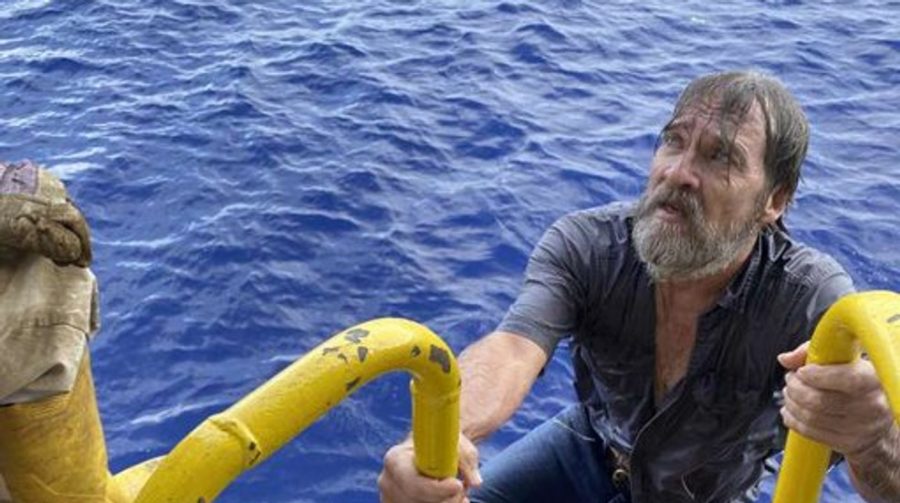 Thanksgiving is usually a very eventful time for people, but 62-year-old Richard Bee had an abnormally eventful Thanksgiving weekend. He spent it clinging onto his capsized boat in the middle of the Atlantic Ocean. Bee and his 32 foot boat, The Stingray, set out from Port Canaveral on Friday, November 27. He never returned and was reported missing on Saturday, “touching off a major search and rescue operation by the U.S. Coast Guard”.

Bee was left stranded on the boat after a mechanical issue occurred on the boat late Friday. He was awoken by the ship taking on water just after midnight on Saturday. He was reported missing later that day. The Coast Guard put out a call to ocean traffic in the area where he was lost. The call is proved to pay off when the cargo ship, Angeles, spotted Bee at around 11 a.m. on Sunday.

Photos captured by the Angeles crew show Bee hanging onto the very tip of his boat for dear life. “No more than a meter of the ship remained above the water”, but Bee held on anyway.

It’s really something out of a movie, and Richard Bee definitely takes home the trophy for the most eventful Thanksgiving weekend this year.