Kelley Suarez: A New Artist on the Block 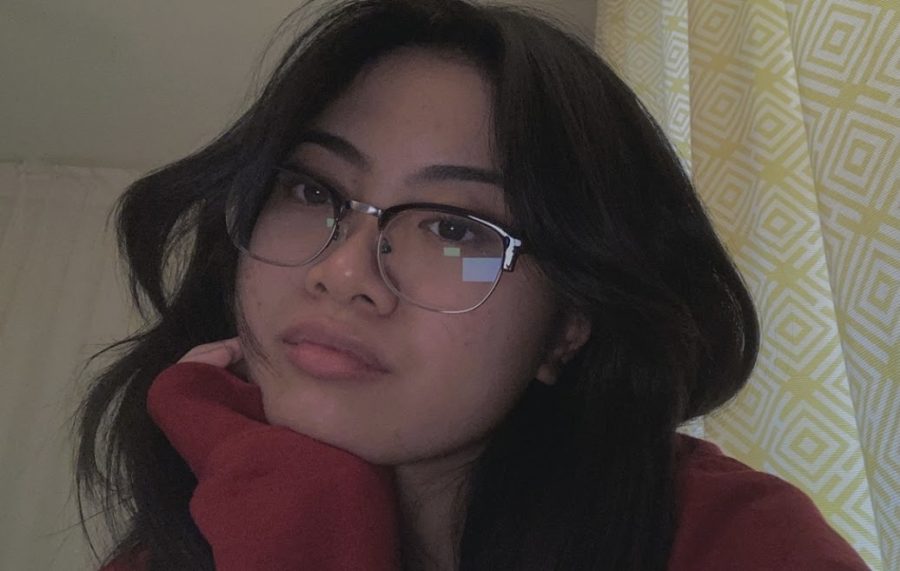 Art is not the easiest thing in the world. Almost everyone is aware of this fact. For a select few however, having talent in art comes naturally to them. My friend Kelley is one of such people.

Sixteen-year-old Kelley Suarez is self-taught and started her art journey at a young age, picking up the concept of drawing when she was in Kindergarten. She didn’t take it seriously until around first grade, taking inspiration from and drawing cartoon and video game characters from her favorite shows and games growing up. “…Sonic, Mario, and other kids shows inspired me to draw, like SpongeBob obviously, and to name a few others like Peep and the Big Wide World, and some other cartoons like Looney Toons.” Kelley loved seeing her creativity on a piece of paper and it helped that she didn’t need any complex materials in order to put her ideas down. Like all artists do, Kelley went through a bit of a rough patch, getting bored of art in sixth grade. Starting in middle school she began getting busy with schoolwork and never found the time to practice, eventually losing interest altogether. However, she eventually picked it back up and began drawing once again at the start of quarantine.

Kelley mainly focuses on humans and anatomy nowadays. Starting with the cartoon animals and as the years progressed, she decided to start drawing humans. “When I first started drawing, I mainly focused on animals and a more cartoon style… I realized that I wanted to start drawing humans and stuff like that. I find it’s more appealing to draw people and I feel as though I would improve a lot more if I focused on humans.” On rare occasions though, Kelley will draw animals like she used to. Kelley generally tries to be flexible with her art style, trying new things while also drawing occasionally in the cartoon style but also trying to generally stick to a more realistic approach. “I’m not into the really intense realism but I just want a more stylized version of realism if that makes sense.” That being said, Kelley wants to improve more on human anatomy, especially hands. “Hands are such a complex structure of our human body and in most drawings the main focus is the hands.” Whenever she draws hands, she looks at photography references or she will go on YouTube and pull up art tutorials or tip videos to help her along. “For me, I feel like looking at the real thing will help me to get the actual idea or the general idea to grasp.” 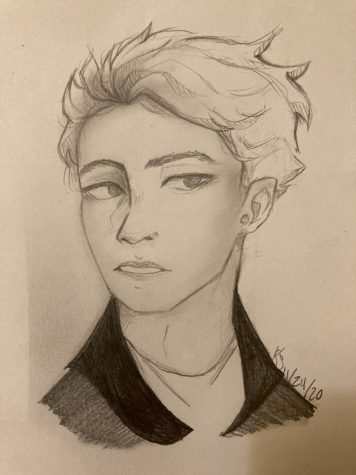 Kelley uses a lot of mediums for her artwork. Acrylic paint, the traditional paper and pencil, but her favorite is digit art. “It’s easier to redo my mistakes and I can use any color I want without having to go to the store and buy markers for that one specific color. Plus, it’s more flexible to work with.” 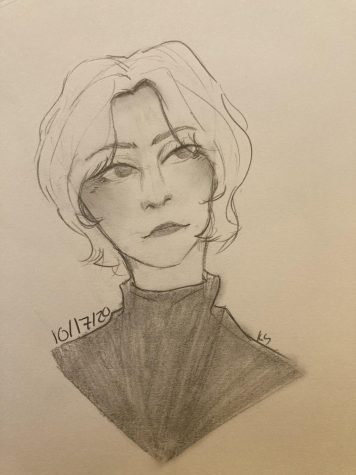 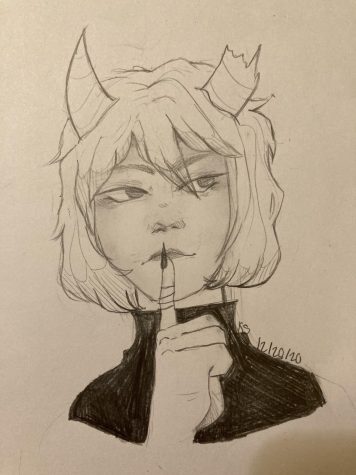 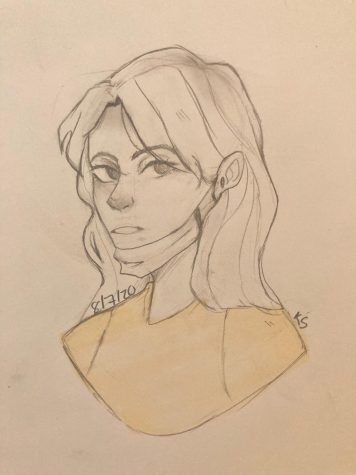 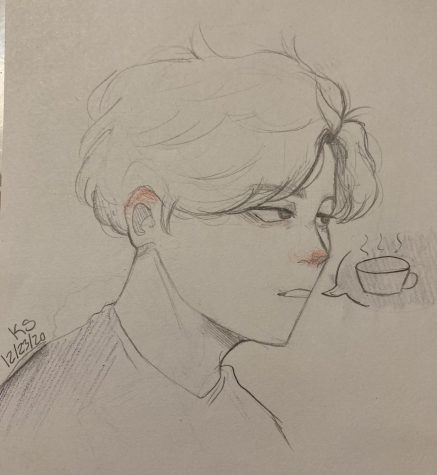 Some advice that the young artist has for those starting out their journey in the art field is start now instead of later. Asking those that are hesitant, if you don’t start now then when will you eventually start your career? “If you’re scared to start drawing that’s fine, but you have to start eventually because how else will you try new things and get out of your comfort zone, and maybe that thing will be your future,” she states. Kelley advises to new artists to watch art tutorials or try drawing things around them or things that they like.

While Kelley doesn’t know for sure what she wants to do in the future she does want to pursue a career in art. She states that, “I wanna have a career that I actually enjoy doing, instead of pursuing something complex like science. Like yeah, I’m good at science but it’s not something I want to pursue because it’s so hard to study all of the components of science.” She is, however, hesitant on whether she does want to pursue it, because there aren’t many good paying jobs in the art field. Despite all of this, art is still something she will continue to enjoy.