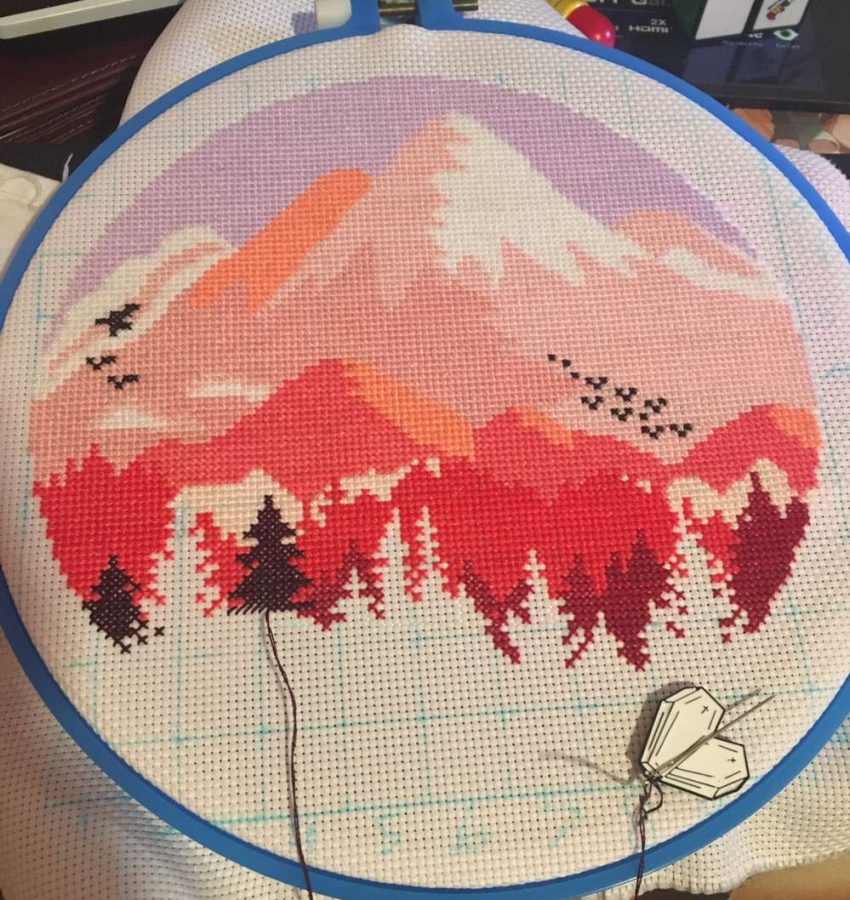 Senior Noelle Healey-Stewart began her cross stitching journey when she and her mom were in Walmart and they both got starter kits. Her mom stopped doing it after a while and she was about to stop until her mom got her a box full of different colored floss. She has been cross stitching for about 2 years now, learning from different YouTube videos, people from Discord, and her mistakes. 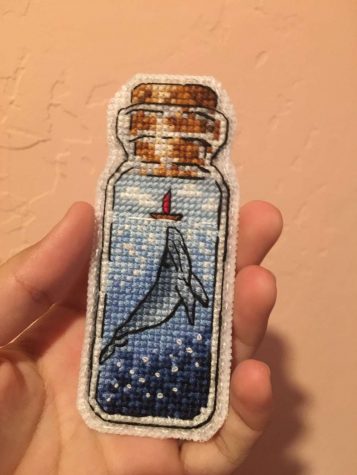 She’s stitched anything from a Pokeball that took about 15 minutes to a mountain scene that took 76 hours to make. “The most complicated was the whale in the bottle because it was done on clear plastic, which made it harder to see where to stitch.  There were many different colors right next to each other, and I had to do back stitching…the whole process took 3 hours or so but it was very frustrating,” she said. Her favorite piece she’s made is the pink mountain scene; it took her the longest and it was the largest one she has made. 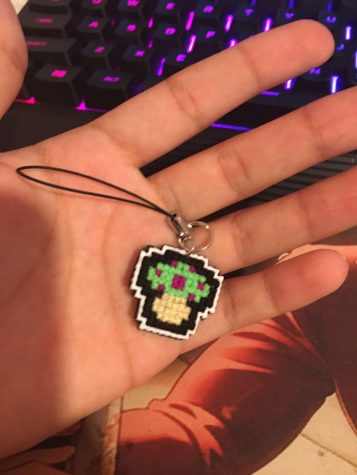 Noelle does sell her work if someone provides commissions for her and it’s not too large of a project. She can stitch 140 stitches an hour, so her pricing depends on how many stitches and minimum wage, plus the cost for the materials. For example, the whale in a bottle was $50 with shipping included. Little keychains would come out around $15 and a larger piece, like her mountain scene, would be around $800.

Noelle does recommend cross stitching for anyone interested. “It’s pretty easily accessible,” she said, “It’s not particulary hard once you get the groove of it, then you can start trying techniques that are harder and if not, then you have a start into embroidery and can explore more forms of that.” It’s an affordable hobby and you can get starter kits at Michael’s or Walmart.