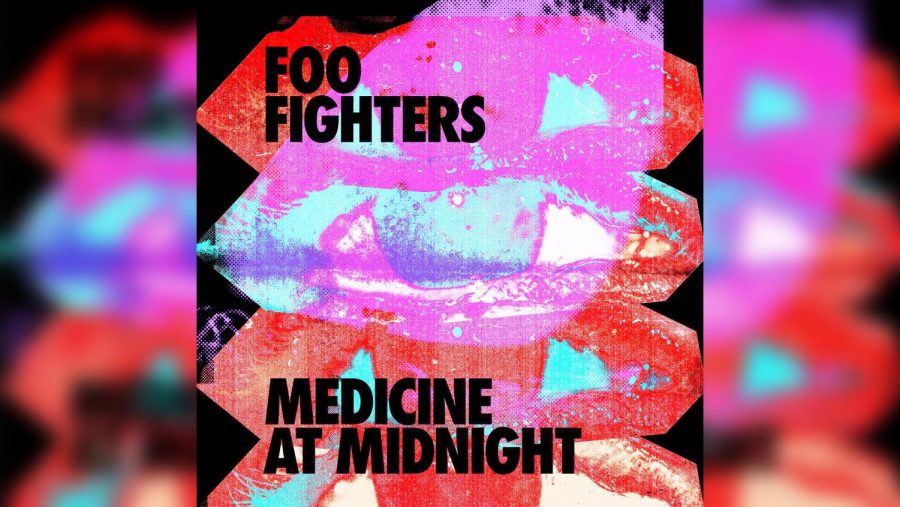 Photo from The Verde Independent

On February 5th, 2021, the legendary band Foo Fighters released their tenth studio album titled Medicine at Midnight. Foo Fighters have been around since 1994 and they’re still kicking. The journey of this 9 song album began during the pandemic, and its release was delayed because of it. Finally, the single “Shame Shame” was released in November 2020, then “No Son of Mine” on New Year’s Day 2021, then “Waiting on a War” in January 2021.

It’s always interesting to me to see the new music that these older bands come up with. A lot of it is a hit or miss because some groups can’t keep up with the modern times, or they try too hard to modernize their music and ruin it in the process. However, I believe Foo Fighters have done a good job of keeping up and staying true to themselves at the same time; they wouldn’t still be around if that wasn’t the case.

Pitchfork describes this album perfectly: “Medicine at Midnight is supposed to be the band’s party record, their dance record, their Bowie’s Let’s Dance record, even.” 8 out of the 9 songs have an upbeat feel to them. This album is one that I can always jam to on my way to work and it will have lasting happy effects on me.

The 9th song, “Chasing Birds” is the slow song of the album. Despite it being nothing like the usual, popular songs Foo Fighters are known for, it’s one of my favorites by them and on this album. It has a soft guitar and a chilled drum beat that goes with the calming lyrics and lead singer Dave Grohl’s soothing voice. I especially love the chorus: “The road to hell is paved with good intentions, Dark inventions of mine, The road to hell is paved with broken parts, Bleeding hearts like mine.” The main reason I love this song is because of how out of the band’s comfort zone it is.

My other two favorites would have to be “Medicine at Midnight” and “Cloudspotter.” For starters, I just love it when bands make a song titled the same as their album because it gives a story or life to the album itself. “Medicine at Midnight” reminded me the most of the original Foo Fighters and it’s incredibly catchy and easy to vibe to. “Cloudspotter” however, is the complete opposite. This was probably the most upbeat of the nine songs and I love the different sounding voices in the verses. I love how catchy the chorus is: “Swing, swing guillotine queen, Swinging from the left to the right, Bang, bang, bang, you’re so mean, Go and look good, go and look good, Swing, swing guillotine queen, Cut me back down to size, Bang, bang, bang, you know what I mean, Go and look good, go and look good, Cloudspotter.” I also love the climbing part in the music leading up to the pre-chorus.

As far as singles go, “Shame Shame” is definitely my favorite. The rhythm reeled me in as soon as I first heard it. I love the simplicity yet striking feeling of the guitar and drums on top of Grohl’s vocals. Not only that, but the music video is an entertaining whirlwind with running through a forest, drowning in water, falling in a grave, and lightning. There is also a woman dancing who I believe is supposed to be the embodiment of shame.

This album will definitely be one that I play to raise my spirits or make me happy from now on. I am very pleased with the outcome of this album in relation to the band and the constantly changing times. This album proves the legendary status and talent of Foo Fighters.