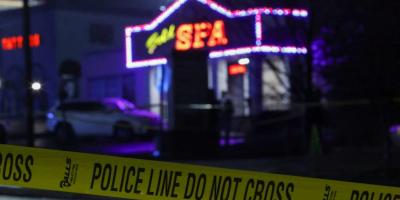 There have been dozens of mass shootings in the United States in just the past five years according to The Violence Project, which maintains a database of attacks in which at least four people were killed. And this month alone, there have already been two shootings. With the first being in Acworth, Colorado, and the other in Boulder, Colorado, a total of eighteen people have been killed, including six women of Asian descent, which has since stirred considerable outrage and fear amongst the Asian-American community.

On March 16th, 2021, eight people including seven women and one man were killed at three different spas. Four people died in the first shooting at Young’s Asian Massage near Acworth, a northwest suburb of Atlanta, Capt. Jay Baker of the Cherokee County Sheriff’s Office confirmed. That shooting, in which a Hispanic man was injured, was reported around 5 pm.

One was a newlywed bride getting a massage with her husband. Another was an immigrant from China who proudly built her business from nothing. The youngest was 33. The oldest was 74.

The authorities charged Robert Aaron Long, 21, on Wednesday the 17th, with eight counts of murder and one count of aggravated assault in connection with the shootings. Four of the murder counts and the assault charge stem from the first shooting, in Cherokee County, and the other four murder counts relate to the shootings at two spas in the city of Atlanta less than an hour later, authorities revealed.

The day after the shootings took place, Capt. Jay Baker addressed the public concerning the ongoing investigation and was met with criticism over his poor use of words. “He was pretty much fed up and kind of at the end of his rope. Yesterday was a really bad day for him and this is what he did,” Cherokee County Sheriff’s Office Capt. Jay Baker said.

Then — as the violence stirred fears in an Asian American community that already felt under attack — Internet sleuths and journalists found Baker’s Facebook posts promoting shirts that called the novel coronavirus an “IMPORTED VIRUS FROM CHY-NA.”

A day after Baker spoke on the case, an official said that he was no longer a spokesman on the spa shootings case, shortly after the sheriff said: “We regret any heartache” caused by Baker’s words and continued to defend the captain.

On March 22nd, 2021, six days after the deadly shooting that left eight dead in Atlanta, a gunman opened fire inside a grocery store in Boulder, Colorado on Monday afternoon, killing 10 people, including a police officer, Boulder authorities said. Police took the suspect, Ahmad Al Aliwi Alissa, into custody at the store Monday afternoon, less than an hour after panicked 911 callers told dispatchers of the killings unfolding there.

The gunman, who at some point was shot in the leg Monday, was booked Tuesday into county jail after being treated at a local hospital, authorities said. Officers described his wound as a “through and through” gunshot wound to his upper right thigh, according to an affidavit from Boulder County. The motive in the Boulder killings isn’t immediately known and authorities believe the investigation will take a long time.

Multiple callers said they were hiding in the store. Employees told dispatchers they “observed the suspect shoot an elderly man in the parking lot. The suspect then walked up to the elderly man, stood over him and shot him multiple additional times,” the affidavit said.

Authorities identified the police officer who died in the shooting as Eric Talley, who had served with the Boulder department since 2010 and was the first to arrive at the scene of the grocery store shooting.

Sam Weaver, the mayor of Boulder, said on Twitter: “Words can do no justice to the tragedy that has unfolded this afternoon. Our community will soon grieve our losses, and begin our healing.”

The ongoing investigation has since revealed that an AR-15 was used in the attack. The same kind of gun used in several other mass shootings in the US, including the Sandy Hook and Parkland shootings.

Supporters have rallied across the country over the weekend saying attacks and harassment that have surged during the pandemic must stop now. “I’m Asian, and I’m a woman. And if I don’t stand up for myself, then no one else will,” said Angela Eunsung Kim, who rallied at New York’s Columbus Park on Sunday.

“I want people to finally hear us … not only when we’re trending,” she said. “I want to see change in people around me — my friends, my work, everything — all the way down from our neighbors, all the way up to lawmakers. That’s the kind of change I want to see.”

Anti-Asian hate crimes have more than doubled during the pandemic, according to the Center for the Study of Hate and Extremism at California State University, San Bernardino. Authorities have yet to confirm whether the spa shootings will classify as a hate crime.