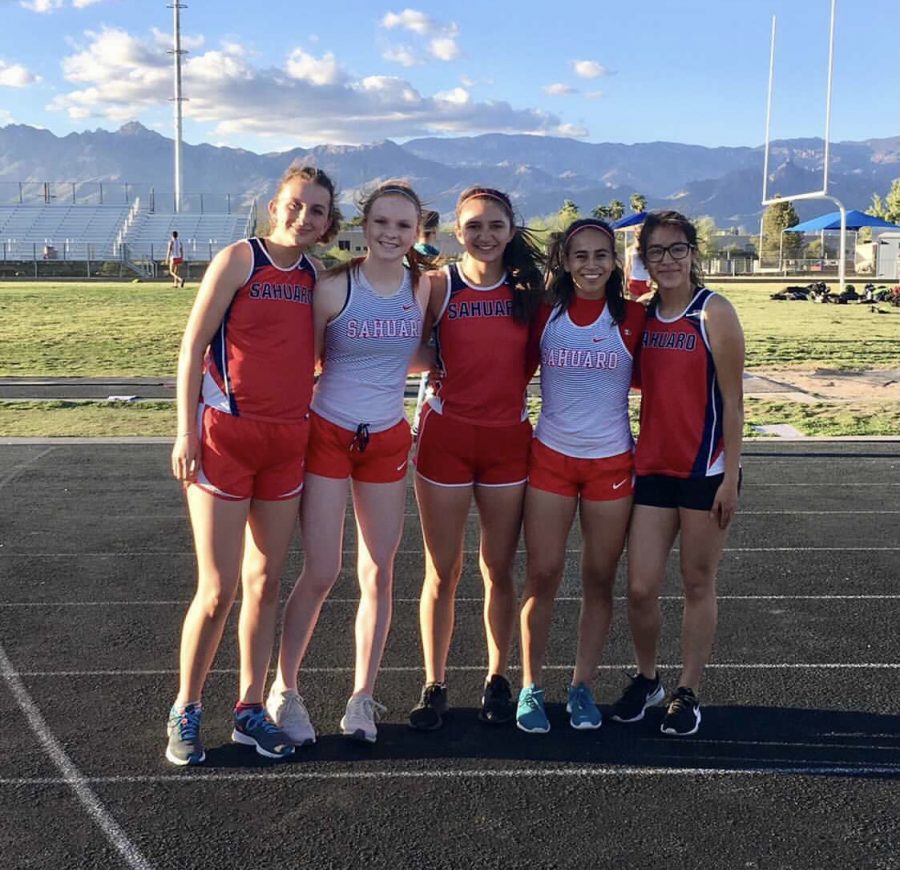 Get your lace tied, Sahuaro’s track is starting back up. While this year may have already thrown curve balls, such as having less track members due to Covid, they’re not letting that stop them from having their best season yet!

Track Captain and senior, Megan Rasey is one of the many determined to making this THEIR year. Of course due to Covid, the practices and events are strictly adjusted. They have to wear their masks like any other at all times and have to cut their practices a little earlier than usual, which is “of the essence” for them, but they’re still “almost” the same as they were in the past years.

As for the practices, they still have their same warm ups and fast workouts, but their practices are now slightly different. This year, they’re all working on learning field events like the high jump, shot put, long jump, javelin, and everything else due to the lack of people in those spots.

With there being fewer participants this year on both the girls and boys side, it’s more of a reality. Megan spoke out saying, “In previous years we would have to take up to three busses to travel to away meets. Our team is so small this year we only need one bus to travel.” She then went on to express this hard setback saying, “We have lost so many amazing runners, jumpers, and throwers due to Covid. All these setbacks are only making us stronger athletes. Even with the limited amount of students we have this year, Sahuaro’s track team is still a force to be reckoned with!!”

Now this setback is only making this team stronger. They’re not only training harder than before and focusing on their basics and techniques for their upcoming meets…they’re also pushing toward breaking their own personal records to make state meet!