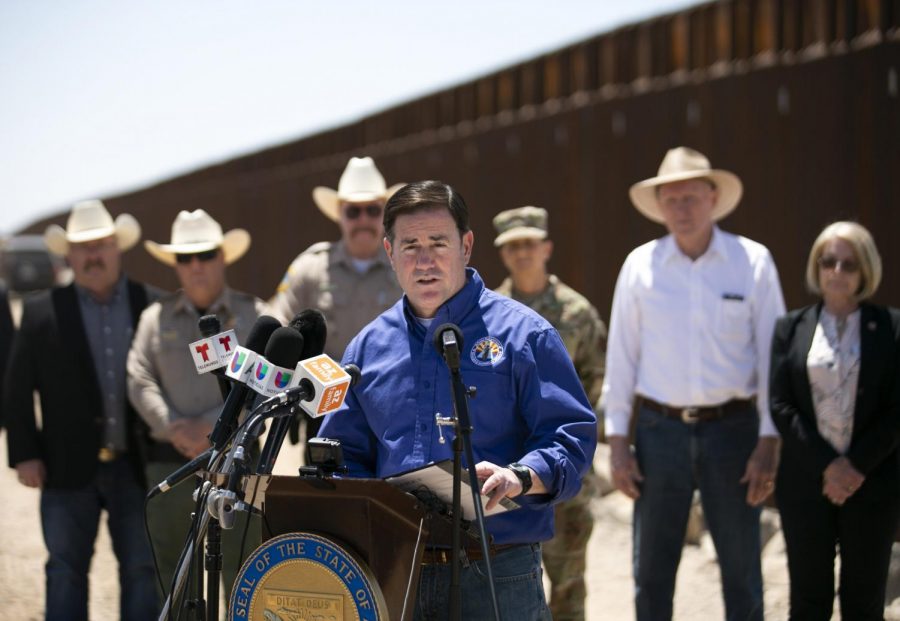 On April 20th Governor Doug Ducey made Arizona the first state to declare a state of emergency regarding the rise in the arrests of those illegally crossing the U.S.-Mexico border. After arresting over 170,000 migrants in March, a 15-year high in monthly crossings was reached.  The Office of Ducey explains that the $25 million deployment will support state troopers and border communities as they will:

Monitor and collect data from public safety cameras; and

“The U.S. Border Patrol is overwhelmed. Local law enforcement and mayors are calling out for help, citizens and our border communities are concerned for their safety and nonprofits, left to pick up the pieces of broken federal policies, are strained,” the governer stated. Illegal migration across the border has been an ongoing struggle for local governments as well as the federal government, Ducey even took a jab at the current administration claiming, “It’s become evidently clear that Arizona needs the National Guard, and the White House is aware of that. Yet, to this day, there has been no action from this administration, and it doesn’t look like they are going to act any time soon. If this administration isn’t going to do anything, then we will.”

The Biden Administration sent a bill to congress his first day in office with hopes to, according to the White House website, “modernize our immigration system.” The U.S. Citizenship Act put forth legislation with hopes to provide a clear pathway for citizenship, strengthen labor protections, create smarter border controls, and address the root cause of the mass migrations. Biden also called on Vice President Kamala Harris to work with Mexico, El Salvador, Honduras and Guatemala to find a solution that will purge illegal immigration from the countries to the U.S.