Beth & Conner, Marching Off Into the Sunset 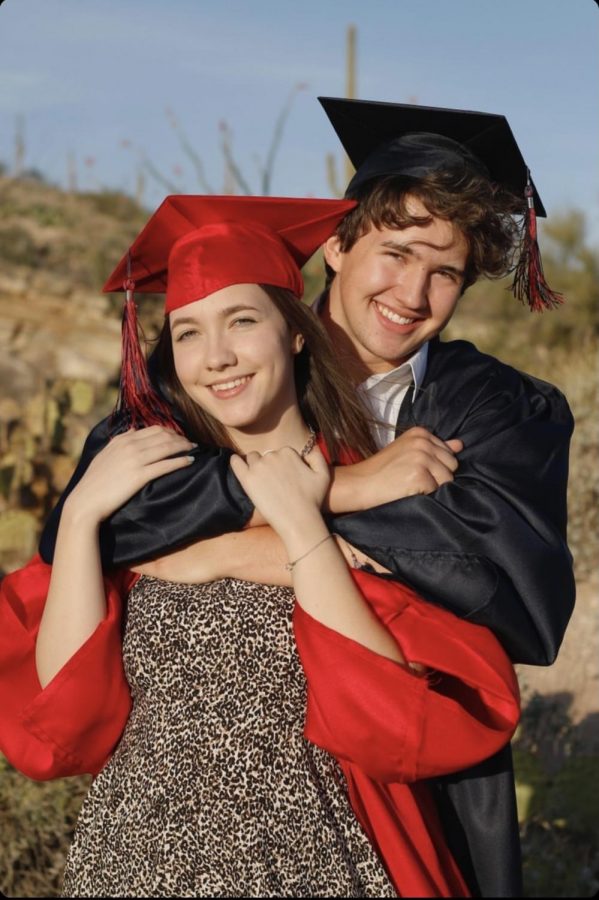 Every year here at The Paper Cut, we like to end off the year by showcasing some of the teachers and seniors who will be leaving us after the year. This school year, especially, we should celebrate  a couple who not only survived the pandemic together, but thrived through it together. 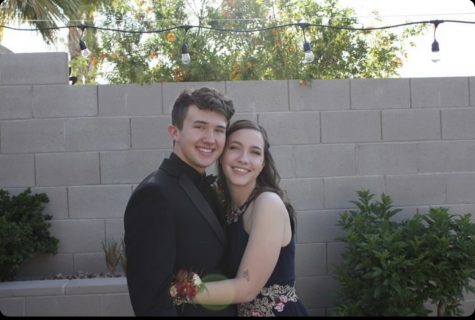 Sahuaro Seniors, Beth Seal and Conner Pressin met each other in Gridley Middle School, they’ve been together for all of high school, and plan to go to the same college as well! They are both avid band kids – Beth plays the flute and Conner plays the quad in marching band. They are both very skilled at their respective instruments, as they were both voted as the best Senior musicians. “We felt so honored to have both won. It’s a really cool title to have, and it makes us feel accomplished,” says Beth. They both plan to continue their musical careers at the UofA, in the Pride of Arizona Marching Band. They will be joining perhaps the most elite and prestigious Marching Band in all of college Fine Arts and they both definitely deserve it. They have been dating since freshman year, and were among the finalists for Prom king & queen. Their favorite things to do together are take drives up the mountain and go out for food. Conner is a pretty big car guy to say the least.  His car is the 2015 Scion FR-S and he co-runs a group called Street Legacies. According to the group’s facebook page it is a platform where “We celebrate cars, those who love them and share how we fell in love with them.” We wish them both well in their future endeavors at the UofA and beyond.