Should There Be A Four Bathroom Pass Limit? 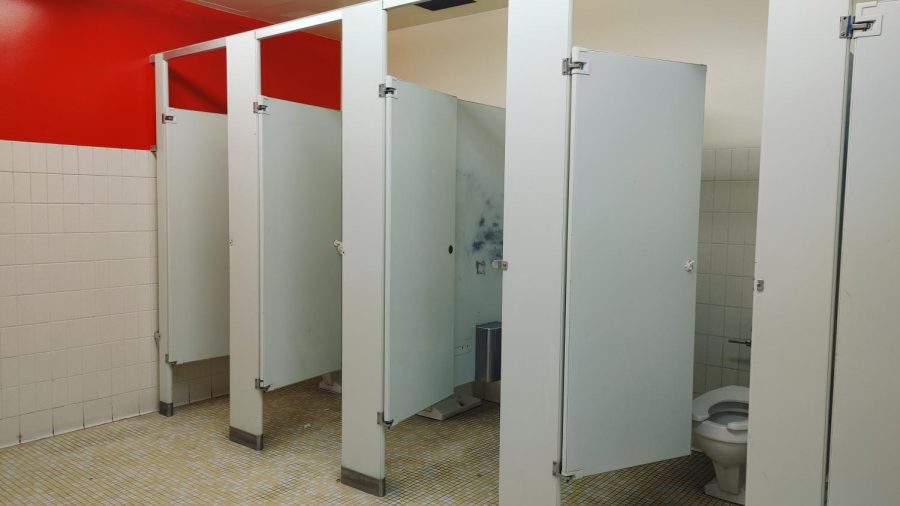 In recent weeks at Sahuaro High School, administration sought to implement a new policy limiting passes for the bathroom to 4 per quarter per person, causing an uprising from students.  Why do we need this policy? What is our principal trying to change with this policy? Why only 4 passes per quarter?

Allison Wallace, a senior, believes the policy is sexist. “Girls get periods and they would use those passes up in less than a week. Some people have mental health issues that involve them needing to use the restroom and taking time to themselves for one second out of the day. I think 4 is so unreasonable. I really do think it should be up to the teachers to let their students use the restroom or not. Not a bathroom pass. To me, it’s just inconsiderate and closed-minded.”

Analize Castaneda, senior, believes it’s sexist and unfair. “As a woman, I need to use the bathroom when needed and my use should not be limited! Some girls have a heavier flow than others, so they’ll constantly need to change their products. Most of the time during passing periods there are a lot of people in the bathroom waiting to use them and we have less than 5 minutes to get to class. That’s not enough time to wait and do what we need to do, which is causing us to be tardy, so we can’t use the passing period all the time. That’s why we ask to use them during class!”

Periods usually last about 5 days, but a period can be shorter or last longer. They usually happen about once every 4–5 weeks, but some girls menstruate less or more often, and restricted bathroom passes could cause a major embarassment.

Ceanna Esquibel, senior, believes it’s unfair and began a petition to voice her concerns. She believes there wasn’t any logical thinking through the situation. Ceanna said, “There’s going to be more Covid cases during passing period than during class.” Ceanna would also like to thank everyone for signing and sharing her petition, and for agreeing with her on the situation.

Principal Estrella, seemed open to listening to these concerns.  Initially, he explained the faculty is worried about the students being distracted. The principal  agreed they’re trying to keep students out of the bathroom because of Covid reasons.  They’re also trying to focus on certain grade levels that walk out to use the bathrooms more often and see if they need to work on those students. Mr. Estrella does not want the bathroom pass limit to last past the 2nd quarter.   He stated, “Male or female, if it isn’t working for you, talk to your teachers, and if it’s still isn’t working for you, then talk to your parents.”  He stated they will reassess the policy as the school year continues, but he already has.

On wedensday, Mr. Estrella sent out an email that there would be no more restrictions on the bathroom passes. Now we are able to use the bathroom freely without the coupon, but there will be a sign-in and out sheet for using the bathroom. However, if teachers feel that the bathroom passes are being misused, then the teachers will hold a conference with the parents of the students. If situations happen during the school year to restrict passes then they will.

Messiah Nieto, junior, believes, “… they should change the rule and give us a chance.”  Administration has actually heard the complaints, and is indeed giving us a chance.