Texas’ Ban On Abortion: Is It A Ploy Against Women? 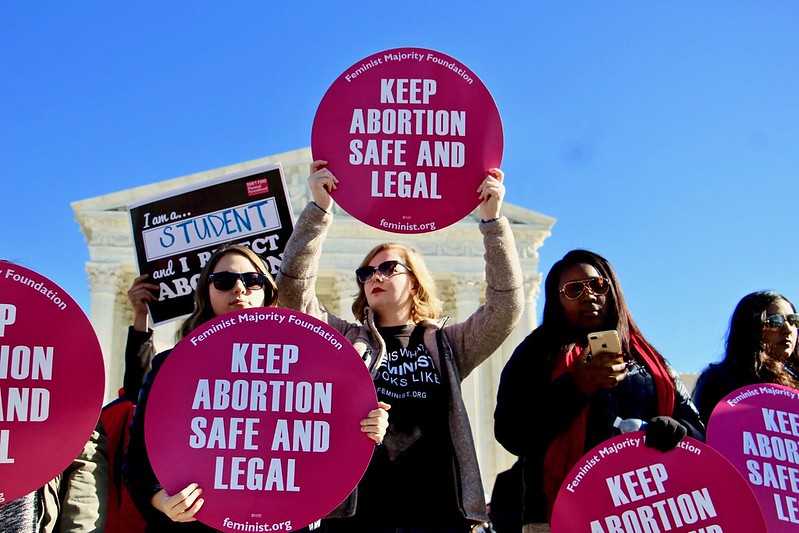 Let’s talk abortion. A highly controversial and commonly discussed topic among people that can never seem to be resolved. Is abortion a choice made by the mother, or does it kill an innocent child? No matter your beliefs, your religion, or anything else you may use for an argument, Texas has come to a decision.

Texas officially passed a law as of September 2nd, something they’ve been trying to reach for years. The so-called “Heartbeat Act” basically implies that after 6 weeks of pregnancy, women are not allowed to get an abortion, despite many women not even knowing of their own pregnancy at 6 weeks. Not only is this law unfair to the women who have no idea of their own pregnancy, but the nickname “Heartbeat Act” is completely misleading. The term “heartbeat” is deceiving because what is actually being detected at this stage is “a portion of the fetal tissue that will become the heart as the embryo develops.”  Using the term fetal heartbeat is really used just to evoke pity and create mixed feelings among the opinions of society.

Not only is this law oppressive, but it creates many more problems beyond killing a “baby.” Do pro-lifers ever think about what is going to happen to those children after they are born? Did they take into account exactly how many women are going to give up this child once it’s born? This law didn’t create better circumstances for adoption or foster homes, which will be overrun with the unwanted children these mothers are forced to have. This law didn’t think about the future of these babies after their birth, or anything regarding their well-being.

Let’s be honest, this law wasn’t passed to “save the babies.” This law was created so the government could control women and strip even more of their rights. Women having the liberty to make a choice regarding their own bodies should not be argued. It should not be questioned, and the fact that we have reached a point where a state can control a woman like this is sickening.

While putting this law into effect doesn’t mean that a woman will be turned away from clinics or doctors, it does mean that anyone connected to said abortion could be sued for thousands. This is seemingly the only way they could get around the legal system because many other states have been trying to ban abortions for years. This puts doctors in a tight position because medical professionals need to protect their practice and themselves, even if they don’t agree with the ban itself. It’s simply a threat instead of a complete ban and shows how desperate they were to limit the rights of women even further.

To be reminded, Texas is the state that banned mask mandates claiming that it violates one’s freedom of speech and expression, yet they are able to dictate the state of a women’s pregnancy. Apparently wearing a piece of cloth on your face is against human rights, yet it’s perfectly fine for the government to control the body of a woman. Texas is also known for the amount they speak out about “my body, my choice,” with gun rights, but forces their own choices on women. Abortion affects not just the “baby” but most importantly the mother. As a woman, the idea that I have no control over my body, no choice in the decisions I make for my life, horrifies me.

Due to the threat of being sued, a woman will be forced to resort to more dangerous methods. This is not the place to project your religious or personal views, this is a fight for women to have rights to their bodies, a right that should not even be argued. To add to the horror, the acts of incest or rape are no exception to this law, creating harmful situations for the women and no consequence for the men. It takes two to create a child, and yet the only ones being punished are us, the women.

In the end, no matter your beliefs or views, this ban doesn’t halt abortions, it only creates more risk for women who have no other choice or have no desire for a child. It does not solve the termination of pregnancies, it creates fear and horror for the future of women in our country. Some have started to speak out to fight back, but if Texas was able to do it, who knows what will happen next for women.