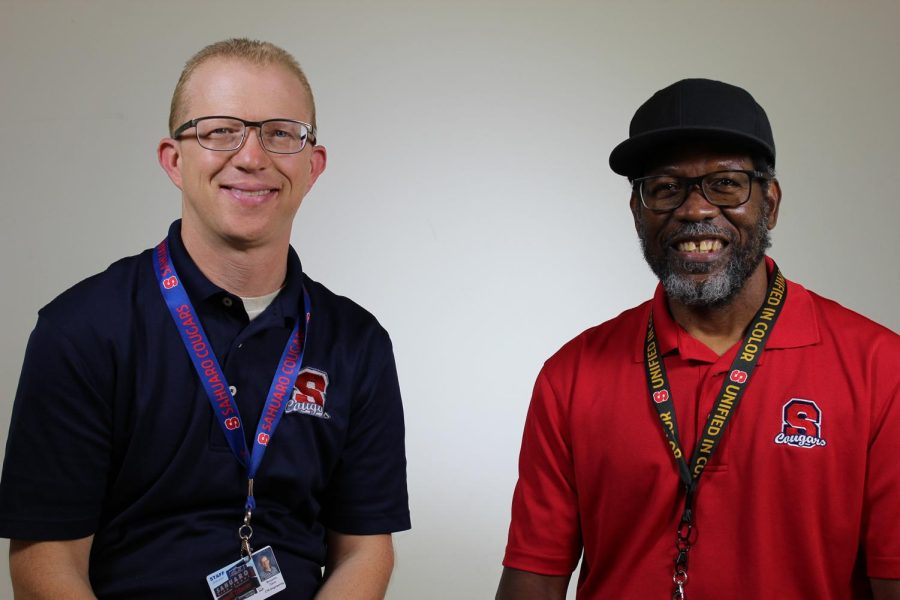 A fellowship on campus? Freemasonry? The occult? A college fraternity? No, definitely much more well-meaning. A 7- year vocation, the Noyce Borderland Master Teacher Fellows, a mouthful of a name, offers professional development opportunities for teachers, promotes new approaches to teaching—including hands-on activities, and seeks to revitalize STEM in the eyes of the student.  Two Sahuaro teachers – Mr. Ben Davis and Dr. Charles Collingwood are particpants.

Among these new approaches to teaching are field trips for students, lessons outside of the classroom, and a holistic perspective towards math. The fellows also organize sinfronteras, a weekly developmental meeting led by and for the teachers involved. Thinking outside the box, social and emotional strategies, and social justice awareness are some of the topics covered. Mr. Davis, a fellow and teacher here at Sahuaro, recalls one of the developmental meetings on social justice as so moving that a handful of teachers wound up in tears before it ended.

Those who are familiar with Mr. Davis will recognize him as the robotics, AP physics, and engineering teacher. He recalls the day he received the offer to take up his 7-year vocation, where although he did not have a lot of time on his hands at the time, he couldn’t pass up the opportunity to work with the Fellows. Mr. Davis spoke fondly of the opportunities he hopes the fellowship will provide students, especially how Sahuaro might benefit from them and how students can be positively affected, but Mr. Davis isn’t the only teacher here who’s become involved with the borderland fellows.

Mr. Collingwood, who teaches high-level maths, passionately expounded the importance of maths in the modern-day, discussing the prominence of the subject in future jobs. He emphasized the importance of a non-judgemental classroom where questions asked aren’t viewed as ‘dumb,’ or treated as elementary; Mr. Collingwood elaborated more on how a holistic classroom might work in practice using examples from his own teaching, recalling one activity where his students went onto the field and sat in silence, plotting out where they heard certain noises, to which Mr. Collingwood connected to the lesson.

“By participating in a larger community of master teachers we hope to bring back the best teaching strategies to have a positive impact on Sahuaro students,” Davis said when asked to summarize the program, with Collingwood describing it as a “universal process of learning.” Both are eager to help in forging not only the future of Sahuaro, but the future of surrounding schools through action and dialogue.

Even if they’re not acolytes of the fellowship you’d hoped for or feared, it’s undeniable that Mr. Collingwood and Mr. Davis are both seeking to forge a future, and one that’s luckily bright.