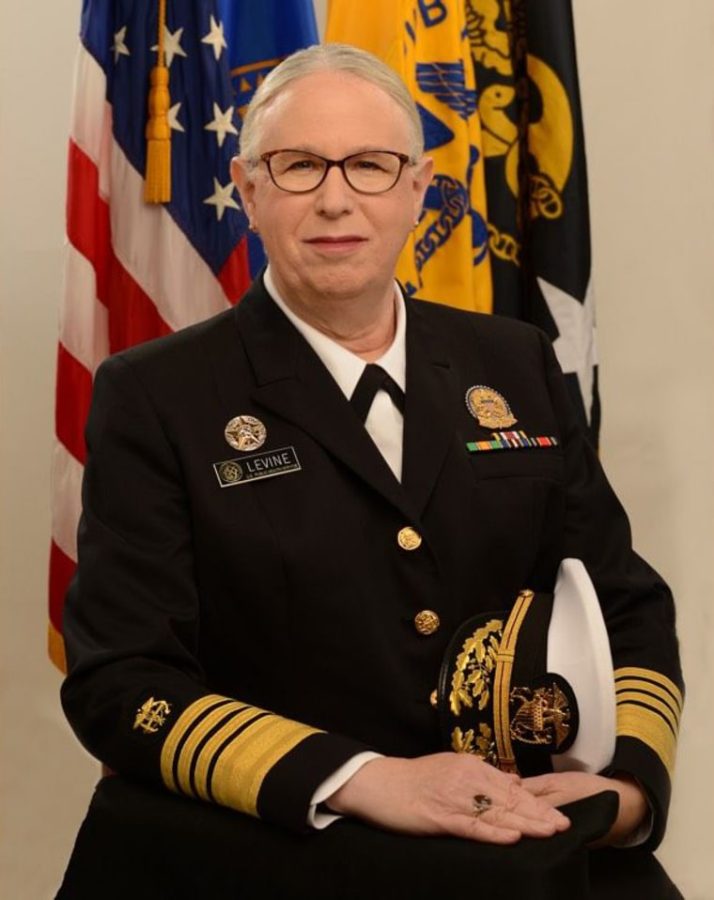 Assistant Secretary of Health Dr. Rachel Levine made United States history on Tuesday as the first openly transgender four-star officer in any of the nation’s eight uniformed services. This made her the highest-ranking official in the United States Public Health Service Commissioned Corps, according to the HHS. Levine will lead the department’s 6,000 Public Health Service officers. In March, Levine became not only the first openly transgender person approved by the Senate but also the highest-ranking transgender federal official in the country when she was confirmed to be assistant secretary of health.

“This is a momentous occasion and I am pleased to take this role for the impact I can make, and for the historic nature of what it symbolizes,” Levine said in a statement. Dr. Rachel Levine, who’s 63, is now an admiral of the US Public Health Service Commissioned Corps. The move was hailed by advocacy groups such as the gay rights organization GLAAD and health care leaders, who called it a breakthrough moment. The group representing public health officials “is here to support you and your team defends the health of all Americans!” Michael Fraser, CEO of the Association of State and Territorial Health Officials had written on Twitter.

A few days after the promotion, Levine had received some transphobic comments. Followed by this, Rep. Jim Banks has been suspended from social media for misgendering Levine. Banks played the cancel-culture card. “My tweet was a statement of fact,” he said in a statement. “Big Tech doesn’t have to agree with me, but they shouldn’t be able to cancel me.” Left untouched by Twitter was a post in which Banks wrote that “calling someone that was born and lived as a man for 54 years the first ‘female’ four-star officer is an insult to every little girl who dreams of breaking glass ceilings one day.”