20 of the world's strongest nations pledged to fight the necessary fight to save this planet. 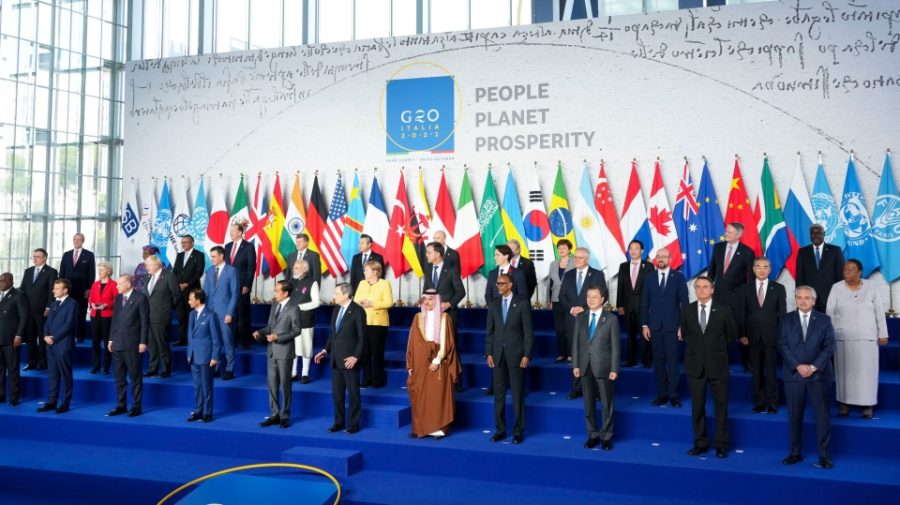 ROME — President Biden, along with 20 otherworldly powers like China, France, and the United Kingdom, came together the weekend of Oct. 30th for the first time in 2 years for the distinguished G20 Summit, a conference established in 1999 that aims to unite world leaders around shared economic, political, and health challenges.

With a full global agenda, country leaders had a lot of things to discuss; thus, a lot of decisions were made.

Climate Change: With plans to hopefully phase out all carbon emissions by 2050, efforts to pursue an average global temperature of 1.5 degrees Celsius should take into full effect by the end of the century. The G20 Leaders agreed to stop funding new dirty coal plants abroad in hopes of reaching carbon neutrality by the end of 2021, an obvious nod towards the world’s biggest carbon polluters China and India. In order to ensure the world copes effectively to new climate and financial conditions, a $100 billion aid package is set to mobilize annually towards poorer countries. The money is coming from the $650 billion pot inherited by the International Monetary Fund (IMF) made possible by the re-issuance of the Special Drawing Rights (SDR).

Taxation: The U.S. proposal for a global minimum corporate tax of 15% shall be endorsed beginning of 2023. It sets a rate of at least 15% on profits from large businesses, which should raise additional revenue for almost all governments and shift the tax burden so companies sell to consumers, and not where they’re based. This is all in an effort to build “a more stable and fairer international tax system.”

Global Economy: Regarding inflation, G20 Leaders said that “central banks are monitoring current price dynamics closely” and “will act as needed to meet their mandates, including price stability, while looking through inflation pressures where they are transitory and remaining committed to clear communication of policy stances.” They discussed “remaining vigilant” at warding off the global challenges that have already had a weighing impact on our economy, like spiking consumer prices and supply chain bottlenecks. President Biden announced an executive order that permits the federal government to release critical materials from the National Defense Stockpile in order to relieve pressures placed on the supply chain market due to the pandemic.

COVID Pandemic: Leaders seemed in agreement supporting the WHO’s goal to have at least 40% of the world’s population vaccinated by the end of 2021, and 70% by the middle of 2022.