“The Kite Runner”: A Timeless Classic For a Reason 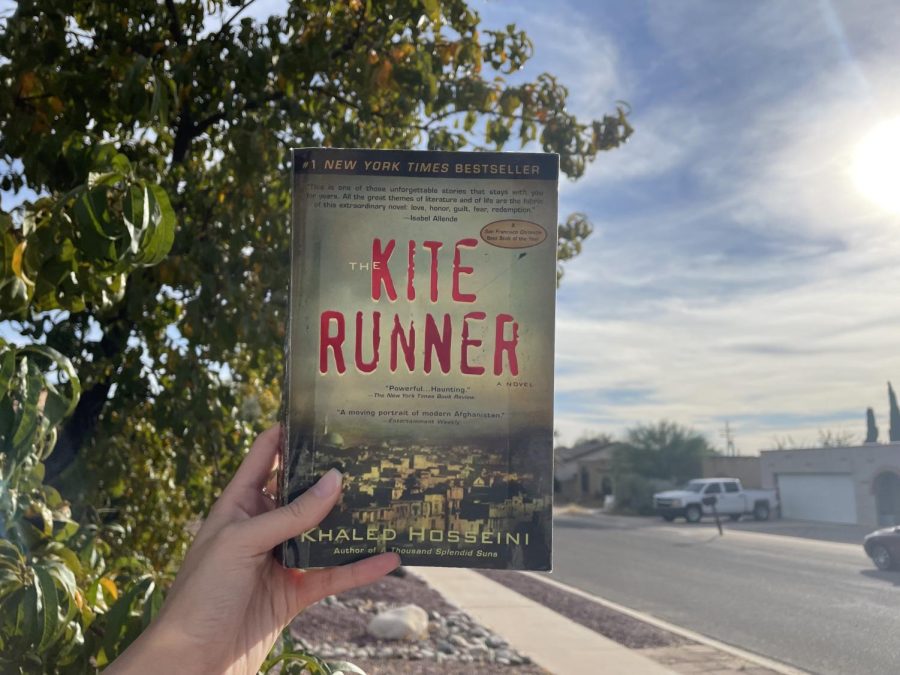 The cover of the book in all its glory.

The Kite Runner, a book I will read a thousand times over.

In high school, you either encounter a book you surprisingly like, or you heavily rely on SparkNotes. But, The Kite Runner was SOMETHING else. Was it the writing? The parallels? The realism? The build-up right before everything falls apart? Multiple. Times. The Kite Runner hands-down is a page-turner that never gives you the chance to process your thoughts, for you NEED to know what happens next. There was something about the way the author, Khaled Hosseini, wrote the novel that made it beautifully perfect.

Where, where do I begin? I’ve obviously had my fair share of books, but nothing like The Kite Runner made me overthink. And I’m a heavy overthinker. The fact that Amir is related to Hassan? I haven’t been an Amir stan throughout the book, but I couldn’t imagine how Amir felt after realizing he abandoned not only his childhood friend but his half-brother at the alleyway when the two were only 12-years-old (which I full-on sobbed at, by the way). Could things have been different if only Baba was honest in the beginning?

If Amir wasn’t drowning in guilt before, he was now. Baba was a king for the majority of the book until doing the one thing he preached to never do. “There is only one sin, only one. And that is theft.” I smell hypocrisy in the air. Hassan and Amir are close in age, so the timeline of Baba being with another woman after his wife’s death AND with Ali’s wife… Come. On. Say, how come Rahim Khan knew about the incident in the alleyway practically after it happened from Hassan but never confronted Amir about it? Instead, he continued to act as a second father figure and bought a gift for Amir’s 13th birthday. As I was reading the book, finally seeing Hassan’s life and his surroundings are in his favor was heartwarming! Until finding out about his cause of death was because of the Taliban (and could have been in the hands of Assef himself). Don’t get me started on the reappearance of Assef. The element of surprise definitely got me. I shut the book quicker than the speed of light. The fact that Assef tormented Hassan and his son Sohrab made me root for Amir when they fought. Finally, Amir is a man who’s willing to stand up for what’s right, something Baba wished for the longest time.

If The Kite Runner had a second title, it would be along the lines of unforeseen. Recall how when Amir recounted his childhood, he narrated how he had Hassan aim walnuts at a one-eyed German shepherd…Assef was part-German…though Hassan gave Assef the nickname of “One-Eyed Assef” but never inflicted harm, his son was the one to initiate the name. Both Hassan and Sohrab were willing to put themselves before Amir in order for him to not get injured by Assef. Like father, like son. The deja vu I experienced between the two was too much that I had to sit down and take a breather. Then Rahim Khan plans this scheme for Amir’s redemption and saving Sohrab, just to purposefully lie about there not being an American couple who owns an orphanage in hopes for Amir to be the one to adopt Sohrab?? Mhm, I see what you did there Rahim Khan. Just when we think things are turning well for the plot and readers, Sohrab trying to take his life was the last straw for me. How much more can I take? I do not hold it against Sohrab, for he genuinely has a fear of returning back to an orphanage that he felt was the last solution. Say it with me, Hassan and Sohrab deserved better.

Though The Kite Runner is fiction, it still exceeds expectations and portrays modern Afghanistan. As the Taliban establish their power, “there are a lot of children in Afghanistan, but little childhood.” The novel touches base on how children are exploited for personal entertainment as this is seen when Sohrab was dancing with bells and eyeliner on. Based on interactions with anyone and Sohrab, it’s evident he is intelligent for his age, but that may be due to having to grow up quickly. The scene where Amir encountered a boy who was selling “sexy pictures” may be an inappropriate act in any other country, but the truth is, that’s the only source of survival for the child. Minorities like Hazaras and Sikhs are victims of abuse the Taliban has inflicted—Hazaras dragged outside their homes and shot in the streets. The citizens of Afghanistan are not “untouchable” either. As the death toll and poverty rise, there is not enough care for death certificates to be written. Though readers may have wished for the death of Assef, or at least I did, he being a leader for the Taliban but still is alive depicts how inhumanity and violence continue to exist in Afghanistan.

The Kite Runner is haunting, raw, traumatizing, exquisite, do I need to go on? If you were to ask me to rate the book, I wouldn’t be able to and would start crying. If I could experience reading the novel for the first time, I think I’ll take it ONCE I’m healed from this bumpy rollercoaster. The Kite Runner will definitely be on my bookshelf in my dream library.