Will Women Still Have the Right to an Abortion? 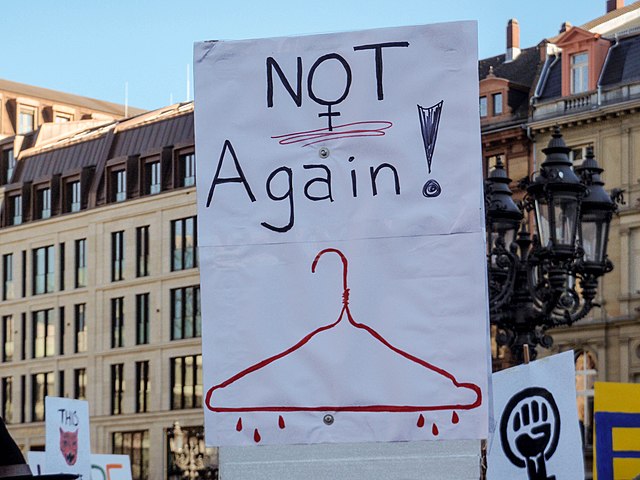 Mississippi directly challenges Roe v. Wade, a constitutional right to have access to abortion. There are uproars from both pro-abortion and anti-abortion groups about the Supreme Court considering Mississippi’s law that can override Roe v. Wade, on December 1st.

Roe v. Wade was first passed in 1973, stating, “The court voted 7-to-2 that abortion is a private matter to be decided by a woman during the first two trimesters of her pregnancy.” Before it was passed, many women were secretly getting unorthodox abortions that were leading to severe bleeding and infections. The procedure was dangerous and looked down upon, which dictated women’s decision to take such extreme measures.

With a few states that are on board for anti-abortion laws, two have been present in the media— Mississippi and Texas. Texas created a law challenging Roe v. Wade called SB 8. This law forbids women from getting an abortion after six weeks within state lines. Citizens of Texas can take and make sure the performance of this procedure faces repercussion, as “private citizens, not state officials, can enforce it by suing anyone who “aids or abets” an abortion” (Eleanor Klibanoff, The Texas Tribune).

Mississippi’s law is being taken up to the Supreme Court for its ruling. Mississippi law has the same intents as Texas; however, there is a difference, for the law “ban[s] most abortions after 15 weeks of pregnancy, allowing them only in medical emergencies or cases of severe fetal abnormality” (Pete Williams, NBC News). The law is intended to take away rights just to prevent “inhumane procedures.” There are theories that if Roe v. Wade is overruled, then many states will follow through with anti-abortion laws— possibly making it difficult to receive such a procedure.

There have also been reports that pro-choice groups are forming together and raising funds for women who want an abortion so they can travel over state lines to states that allow for it to take place. Democratic states are preparing for travelers from other states trying to get the procedure done if the courts decide to override Roe. The states are “staffing up, anticipating a flood of new patients from Republican-led states, which have been tightening access for years and are likely to waste little time in fully banning the procedure should Roe fall,” (Alice Miranda Ollstien, Politico).