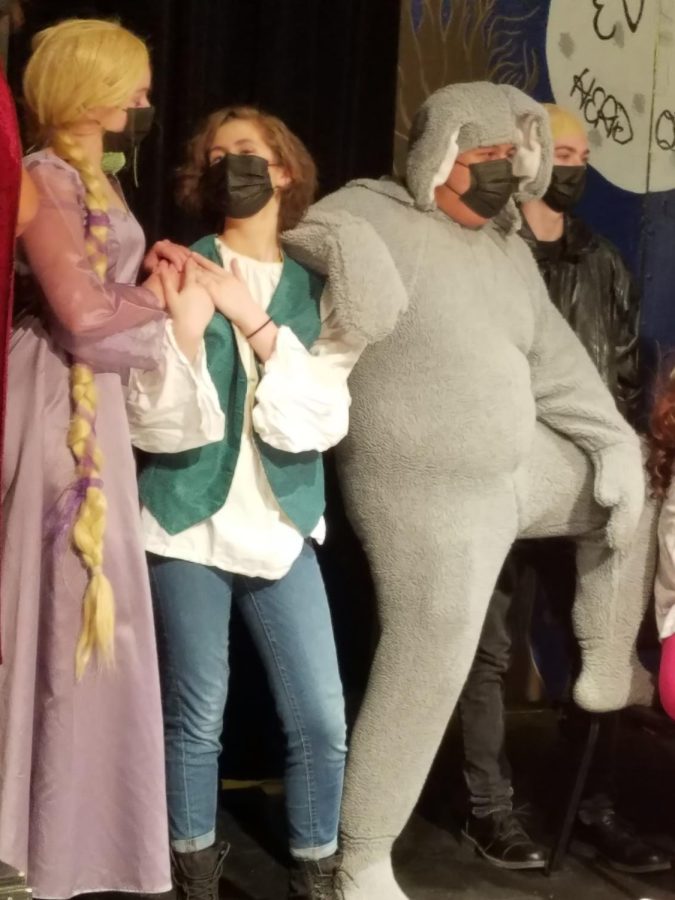 Intermediate theatre put on a Mrs. Strong exclusive play “Happily Never After!” In this captivating play, evil fights good, trying to stop Disney from its happily ever afters! The Evil Characters try to change the endings to various Disney movies such as “Tangled,” “The Little Mermaid,” and “Beauty and The Beast.” In the end, good wins and the movies’ stories are saved! Drama teacher,  Mrs.  Strong has been teaching at Sahuaro for 6 years. “I prefer to teach high school kids because they are older and can express themselves,” said Mrs. Strong, who wrote this play all by herself.

The cast worked so hard to make the costumes, sets, and props. As the actor who played Flynn Rider, Rapunzel’s “Prince Charming” who is actually a lying thief at first, I must say that we had the most fun time getting this play ready for the stage. Mrs. Strong’s “Happily Never After” was so much fun to watch evolve from the first “cold read” in class, to being on stage, to finally being able to be in our performances. 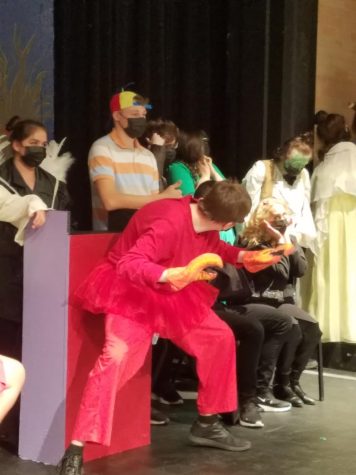 The play included audience participation where audience members could boo at the evil characters, cheer for the good characters, and clap and sing along. In our play, we had German foreign exchange student Aurelia as Rapunzel, as Belle we had Jai, as Beast we had Siena, and as Princess Ariel we had Essa.  Playing Prince Eric was Antonio, Donkey was played by Anthony, Edgar was played by Angelina.

“Our time in this play together has been so much fun.” – Izzy

“Being Evil Character #2 is so much more fun than I thought it’d be.” -Dominic

“If anybody has some waffles…” -Anthony

“Happily Never After” ran from Wednesday, November 17th to Thursday, November 18th and was performed in Sahuaro’s Little Theatre. It was well attended by Sahuaro students and the public.