Hawaii Taken by Storm During the 80th Anniversary of Pearl Harbor 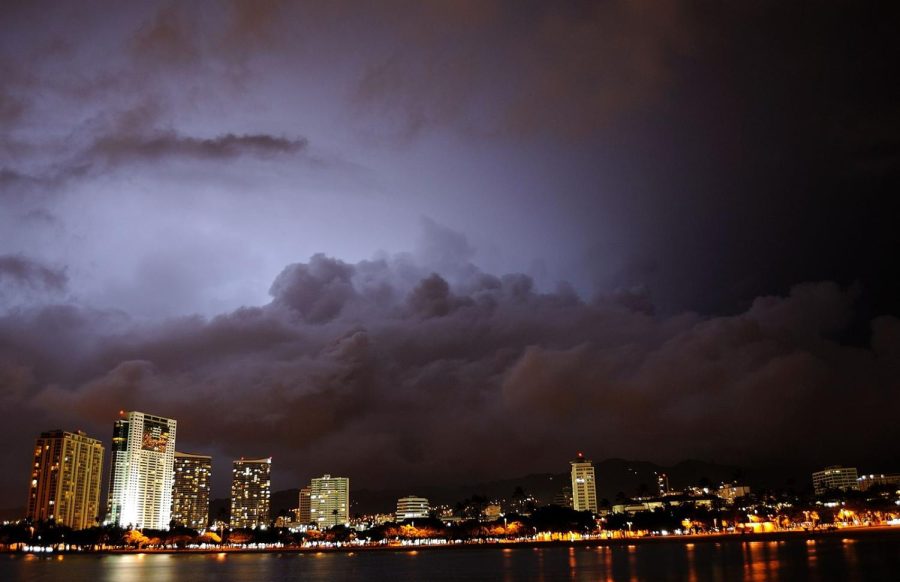 Hawaii islands like Oahu and Maui, just to name a few, are experiencing heavy rain storms, snow storms, flooding, and potential mudslides. However, these weather conditions did not prevent the remembrance of Pearl Harbor.

The attack of Pearl Harbor occurred on December 7th, 1941, in Oahu killing “2,403 servicemen and women, including civilians” (The Union, Elias Funez). The attack on the USS Arizona cost 1,177 lives. This attack is what drew the United States into World War II. According to The Union, the speaker of the ceremony, Secretary of the Navy Carlos Del Toro said, “You may say it’s raining out and it’s cloudy, but I don’t see the rain and I don’t see the clouds. I see the shining spirit of all of those who lost their lives in 1941, shining down on us today, thanking us for memorializing their lives and their sacrifice.”

This storm impacting Hawaii is considered a “Kona low” which can occasionally occur during the winter months in Hawaii. There are 90 mph winds and blizzard warnings on the Big Island. Honolulu experienced record breaking low temperatures of 56 degrees. Power outages are being reported in Honolulu and Maui that could last several days. The governor of Hawaii “declared a state of emergency as a major storm left hundreds of people without power.” There has so far been 90 rescues by Honolulu firefighters during this storm, ranging from children to adults.