Is Finn The Human all That Much of a Hero? 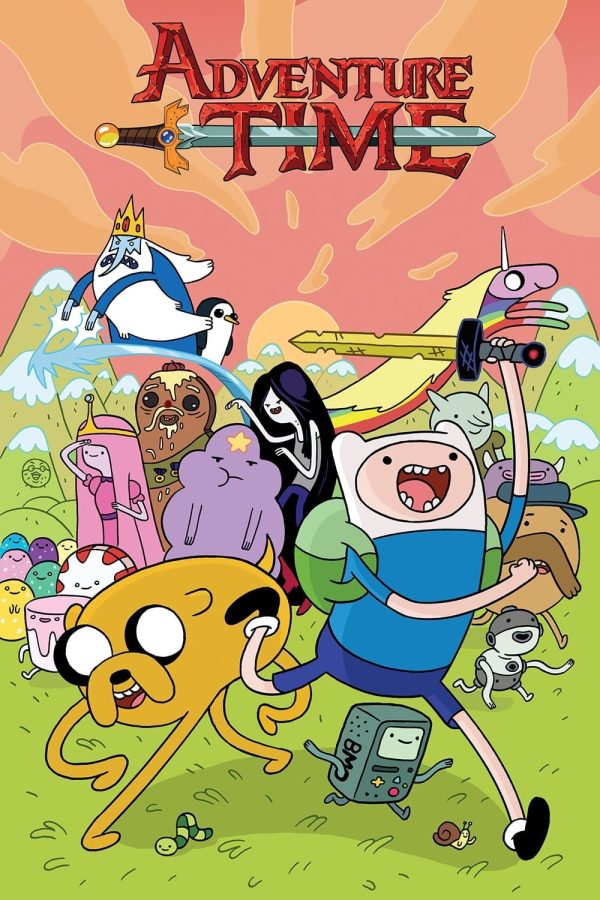 Adventure Time is a show near to many childhood hearts, but is the main protagonist all that much of a good hero? Finn is just a human boy in the world for anything but normal, “The Land of Ooo ”; however, this young boy is a young “hero” of the land says the characters throughout the show. Finn seems to have moments that make him seem like what he is…a kid with a sword who feels the need to people please. Finn is a boy who was believed to be the last human on Ooo after the great mushroom war. Finn was raised by Jake’s parents, so he did have guides on how to live on Ooo, and how to be a good member of their society. He does this by trying to help out anyone in Ooo who needs it, but does that make him a hero? The most common words used to describe a hero are level-headed, brave, and strong – Finn doesn’t always live up to those; he can be impulsive, manipulative, and snappy. He doesn’t always do the right thing even when he thinks he is…

In episode 30 of season 5 “Frost & Fire ” Finn and his girlfriend Flame Princess are having a cute date when Ice King starts messing with them. Flame Princess decides she is going to fight the Ice King and because of this, later that night, Finn has a dream that he “just needs to have again”, so the next time Ice King is going past Finn and Flame princess, Finn picks a fight with Ice King for Flame Princess, but when she loses to Ice King and Finn’s dream doesn’t go to plan, his dream changes, and Finn takes things into his own hands, again. Finn takes personal things that only he would know, writes them down on notes, and got Flame Princess and Ice King to fight again, but this time it turns bad and Finn has to come clean. He tells them what he has done and then is hurt when Flame Princess breaks up with him as if he didn’t write her a note with personal stuff that she told Finn in private. It’s not like he didn’t know what he was doing because Finn has needed to manipulate with monsters all the time… but he didn’t need to at all in this situation. He just did something really messed up.

Finn is stubborn and temperamental; he lashes out and loses control of the situation, and that’s something that heroes do. While 70% of the time Finn is in control of the situation and everything goes okay, for that 30% of the time he isn’t in control people get hurt, things go beyond repair. Bestowing the word “hero” onto a kid who loses his temper isn’t right.
Finn vowed to help anyone in need, and he always tried, and that makes Finn sound like a wonderful guy… that doesn’t mean that he always helps. Finn & Jake get half the story and run in swords blazing and they get the story all wrong.  They do try and make it right and still help, but you would think after a while you would stop doing that.

Adventure Time is a show that is filled with comedy and brings joy, and every character has at least one redeeming  characteristic about them.  It is just a kids’ show and it shouldn’t be taken too deeply. However it’s something that young kids watch and learn from, just because you made something right in the end does not mean that’s how it had to happen, or that the ending is better than the ending you had before. Growing up most children didn’t even notice the flaws in Finn or the other characters that are in the show, but looking back on the show, Finn is not a “Hero of Ooo”. Finn is a good person with good strong morals, and a good will, but ultimately, he is just a 12-year-old boy, who just wants to do good. The show does try to teach that change is okay, growth is good, and you can’t fight it, and Supporting others’ growth is good, and accepting others while they need to change is the best thing you can do for them. Throughout the whole show, it teaches flaws are what make people, people. Making a 12-year-old have the Candy Kingdom’s and the land of Ooo’s safety on his shoulders when he can’t always handle it at such a young age, and telling him he’s a hero when he’s the same age a 6th grader, it makes sense why he doesn’t always do well. When the show ends and Finn is 17, you can really see the change he went through. As Finn grows up he learns and develops; he did change his behavior but he didn’t start out a hero. He stated as we all did, he’s just someone trying to do the right thing and make life easier for someone, but in the end, Finn the human was a great hero, not just to all the people he helped but to so many children, teens, and adults in the world.