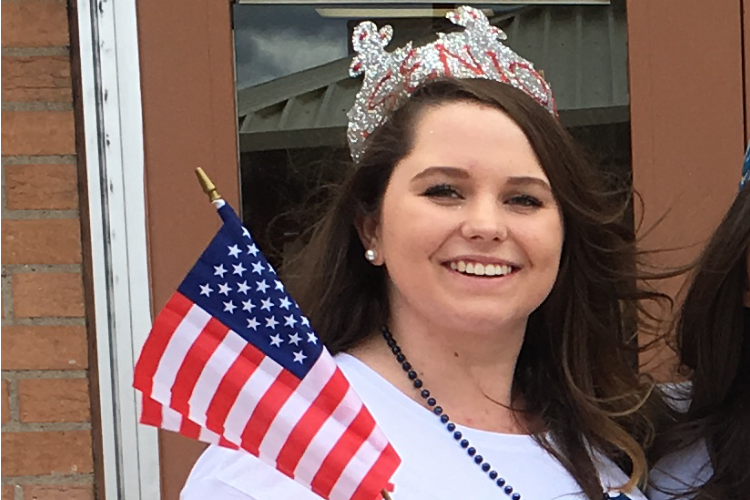 Senior Emilee Homan has known she wanted to be a doctor ever since middle school, when her mother started working at Banner Medical Hospital. Her mom would always bring home cool diagrams and models for her to see…

Unfortunately, it’s pretty hard to become a licensed physician. You need at least 4 years of pre-med, 4 years of medical school, and somewhere between 3-7 years of residency….which is why Homan is already taking college classes at Pima Community College to jump start her career.

When she first heard about dual enrollment from the Dean of Finances at the U of A,  she decided to go for it. However, becoming dual-enrolled means much more demanding work than what some other students might have. Homan has to juggle college classes with AP stats, AP literature, being vice president of HOSA club, and playing softball. She is also currently taking Calculus-based Physics and 100 level English so that she can get a bachelor’s degree in psychology or pre-med.

“Eventually it will be worth it, even though it doesn’t seem like it now,” Homan says optimistically.

Homan hopes to become either an athletic trainer, a trauma surgeon, or an anesthesiologist – any of which can take up to 14 years. In fall of 2017, she plans to attend University of Alabama. “I’ve always wanted to go to Alabama because it fits in with my personality, or that’s what people say.”

Homan encourages dual enrollment for other perspective doctors or anyone trying to get a head start on their college courses, but also cautions them.  “The truth is, it sucks. It’s stressful and it’s a lot of work, and right now it seems useless. But I know later it’s going to pay off, and it’s less work I’ll have to do in the future. And that’s something I have to look forward to.”

Is it worth the loss of free time, and stress to streamline your college years? For Emilee Homan it is. But that’s up to the individual to decide.