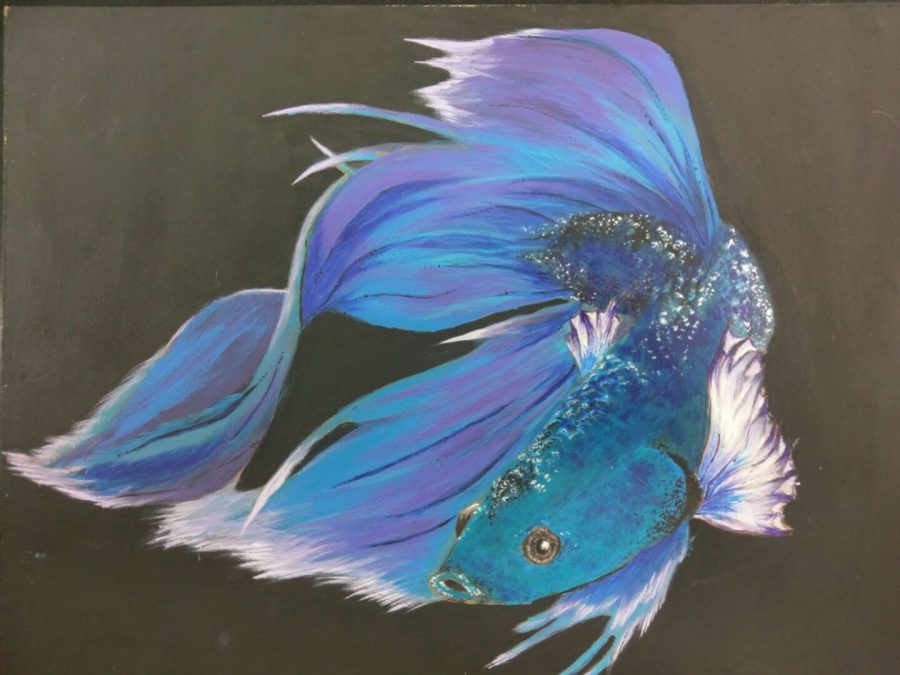 Junior, Hailey Alfaro is a shy, and honest person. Some hobbies she’s interested in are video games and art. When she graduates high school she plans to go to college and become a video game designer.  Hailey is also involved with Crew, helping with lights, sound, and stage management for Sahuaro shows such as orchestra performances, football games, plays, and outside events at schools who don’t have a Crew Club.  Her legacy however will probably be her contribution to SHS with her unique art skills.

“I’ve been involved with art, for as long as I can remember,” Hailey says. She uses art as a way of expressing herself and a form of therapy. “It’s really calming, a distraction from reality. It’s a way of expressing yourself without having to be judged.” Hailey enjoys experimenting with different styles and mediums. She admits to being pretty all over the place, experimenting with anything she can get her hands on.  “It’s like putting your emotions on a paper,” she replies. “Art comes in a variety of emotions, but when creating it, the strongest emotion is passion.” Her most comfortable formats are regular pencil and recently, charcoal.

Her grandma bought her a charcoal set two years ago and she never used it until she wanted to do more contrasting with darker lines, so she finally decided to bust out the kit.  This face was her first attempt at using charcoal.

Mr. Long, advanced art teacher, helps by giving advice, but he basically allows students the freedom to show off their skills and try new things. When Mr. Long was asked about who she was as a person, he responded with, “Hailey puts herself completely into everything she does. She is someone you can always depend on. She is intuitive of her friends’ needs, and does what she can to help them.” When he was asked who she was as an artist he replied, “Hailey views the world uniquely and finds creative ways to put her ideas to paper. She has grown exceptionally in the years I’ve known her, and I always look forward to seeing what she will create next.” 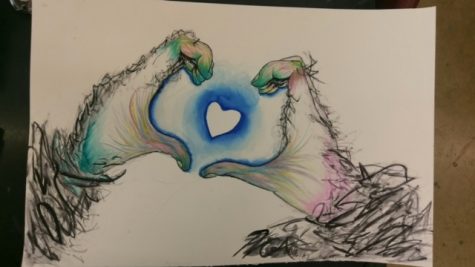 She thinks of this piece as two people coming together from their past.  The black squiggles represent the past self, the messy, not-on-your-feet, can’t-keep-your-head-straight self. And the initial connection, forming a new life with a new person is showing the colorful metamorphosis.

The piece with the fish has a background story.  Hailey got the fish a couple of years ago when she felt like she didn’t have that many people to talk to.  It recently died, but it comforted her – just watching it and knowing that this was one thing in her life that could not hurt her.  Does this azure and purple regal-looking fish have a name?  “Funny story,” Hailey says.  “As a joke on the phone with my ex, we said let’s call it “Turd-nugget.” A few moments later, her mom entered her room and said, “Aww…look at the little turd-nugget.”  If only all turd-nuggets were as colorful and picturesque.