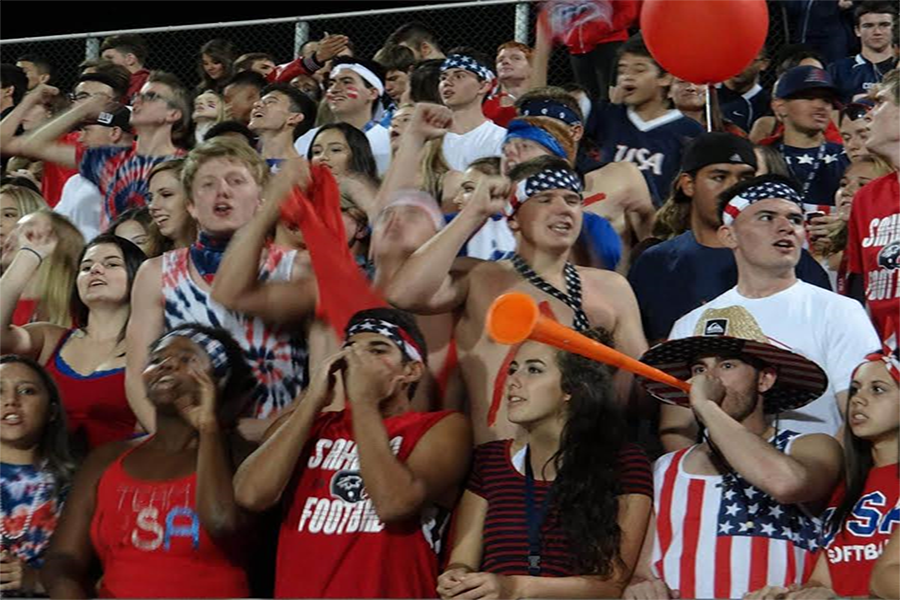 As the Sahuaro football team stormed the field on September 23rd, the stakes had never been higher.

Our Cougars had gotten off to a tumultuous start, losing their first four games to Sabino, Queen Creek, Marana, and Desert View. They had also suffered from catastrophic injuries, including the starting quarterback tearing his ACL and another player being hospitalized after breaking a vertebrae in his neck. After making the playoffs for a decade straight, the future of our season is shrouded in uncertainty.

Fortunately, our luck began to turn with our annual homecoming game against Cholla High School. The Cougars came swinging out of the gate, and it wasn’t long before we were enjoying a substantial lead over the Chargers. The game got physical at some points, with Cholla receiving multiple unsportsmanlike conduct penalties. Other highlights of the game included a spectacular one-handed interception, and 7 Cougar touchdowns while simultaneously holding the Chargers scoreless. The final score of the game was 48-0, and our Cougars reveled in their first win of the season. Our next home game is against Mountain View on Oct 21st.

In addition to the game, Sahuaro also hosted a tailgate beforehand, which included a live DJ, food sold by the Culinary Club, and other games and festivities. The dance following the game went smoothly, and those who participated enjoyed a night full of dancing and fun. Overall, Sahuaro Homecoming 2016 was a huge success, and we wish our Varsity boys good luck in their upcoming games!