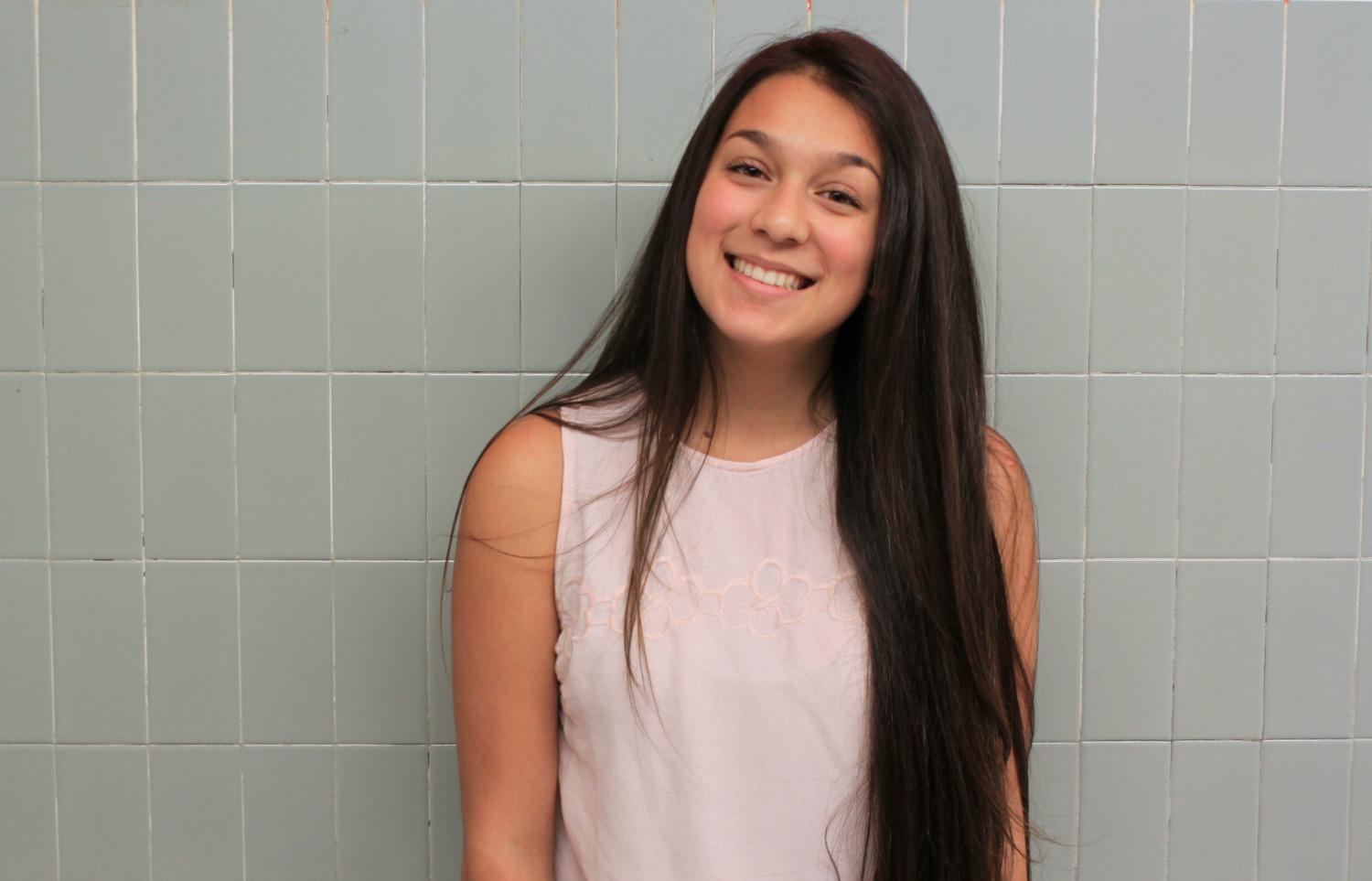 Senior Q & A with Alicia Villasenior

Q: What has been your best memory at Sahuaro?

A: Tailgating every year before Homecoming. I like going to the booths and seeing my friends.

Q: Name one of your favorite teachers at Sahuaro, and why?

A: Mr. Rutherford because he is enthusiastic about his lessons, I remember freshman year when he shaved his hair and did a blue mohawk like the cross country team.  It was funny how excited he was that they made it to State.

Q:What are your plans after high school?

A: I plan on going to NAU because I would like to be away from home, but not too far from home. I want to study physical therapy because after taking Sports Med here for 3 years, I realized I really liked the subject and want to further my education in it.

Q:What are three fun facts about you?

A: I like llamas! I always have food on me.  My bag is like the one from Mary Poppins, if you ever need anything I have it. If you need a shoulder to cry on, I can pull one out of my bag.

Q: What is your motto in life?

Q: Name one of your idols or icons.

A: Michael Cera because he’s super perfect at being awkward and The Llamas That Escaped from the Phoenix Zoo– because they’re out there living their dreams.

Q: If you could go back and change one thing about your high school career, what would it be?

A: I’d say don’t procrastinate, but that’d be impossible for me.

Q: Give your freshman-self advice in ten words or less.

A: Stop eating in class, teachers hate it.

Q: Where do you see yourself in 15 years?

A: Hopefully a physical therapist, but other than that I have no idea…

Q: What do you feel has been/will be your legacy left here at Sahuaro?

A:”The girl who always has food,” or, I’m thinking about doing a big fundraiser type of thing for my senior project, but I’m not sure.

Q: What’s the worst/most embarrassing thing that’s ever happened to you at Sahuaro?

A: Freshman year in Mr. Rutherford’s class, we decided to do a puppet show about cancer’s effect on cells.  We used sock puppets, which were ugly and we tried making funny voices… yeah it was bad.